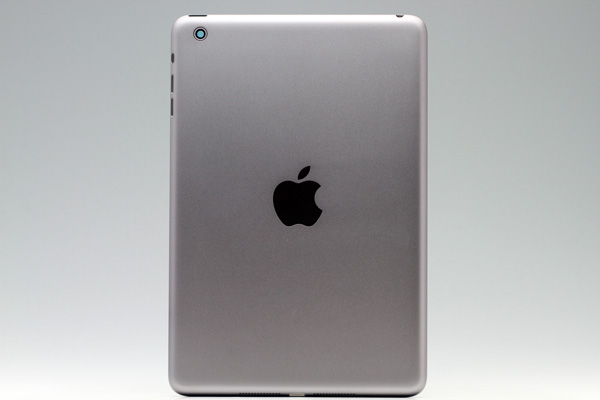 Apple’s upcoming new flagship iPhone 5s won’t be the only new Apple device that will launch with the new space gray color option, if a new leak ends up panning out. Japanese mobile parts seller Moumantai recently added a new listing on its website for a second-generation iPad mini housing in the new space gray color. It also included photos of the new casing, marking the first time it has ever been pictured in Apple’s space gray color, which is much lighter than the slate color seen on the current-generation iPhone 5. Moumantai opines that space gray will replace the current black color option on the iPad mini, and the new shell is already available for sale on the site for 10,000 yen, which works out to just over $101.

Now, if this new leak is authentic, it looks like we can expect at least one new color option as well.

Both new iPads will reportedly be unveiled during a press event in California on October 15th, though that date has not been confirmed. Apple’s iOS 7.1 update will be shown off alongside the new tablets, according to an exclusive BGR report.