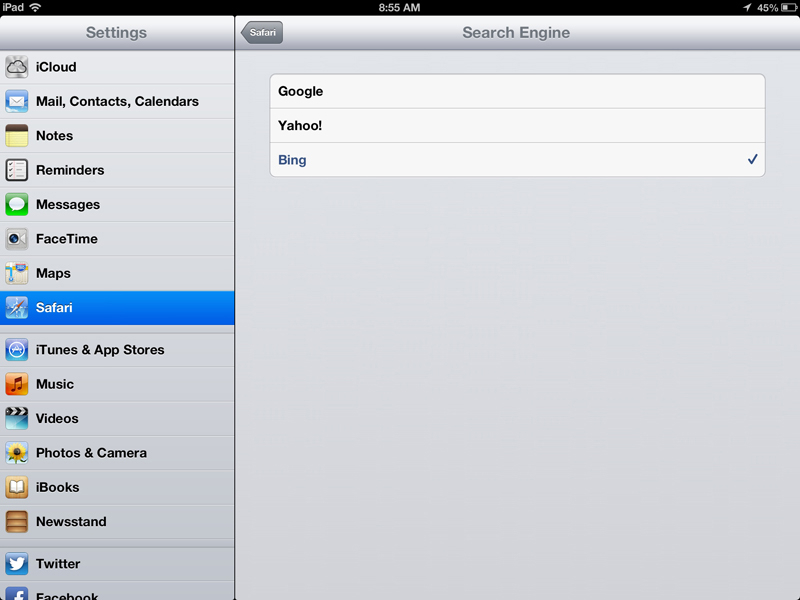 Yahoo may help Apple deliver a huge blow to Google’s bottom line in the future, as Marissa Mayer wants its search engine to become the default option on iOS devices. Re/code reports that the company is focusing its search efforts around mobile, preparing to pitch Apple its own take to mobile search.

Apple has so far removed certain Google applications from iOS, including Maps and YouTube, although search in iOS still has Google as default. Users, however, are free to choose two alternative options including Yahoo and Bing. Meanwhile, when it comes to Stocks and Weather iOS apps, Apple is using Yahoo’s products.

“This is the aim of the whole effort here, to grab the pole position in iOS search,” a person familiar with Yahoo’s plans said. “It will take more than pretty pictures, though, to convince Apple to give up Google, given its focus on consumer experience being top-notch. But Marissa wants it very badly.”

While Yahoo is still bound to Microsoft when it comes to search and advertising, Mayer apparently can expand its mobile and contextual search business without Microsoft, and plans to significantly increase ad revenues by making Yahoo the default search engine on iOS.

For Google, the iOS search deal is very important, with some reports suggesting that the Search giant is making more money from iOS ads than on Android ads. But Apple may be interested in replacing it once a competitive alternative is available. So far, however, such an alternative has not presented itself, the report says. And Apple still sees Google as the best search option for it users.

The company is also said to receive more than $1 billion a year in fees from Google in exchange for Google Search being the default search engine on the iPhone, iPad and iPod touch. The Apple-Google contract apparently extends into next year.