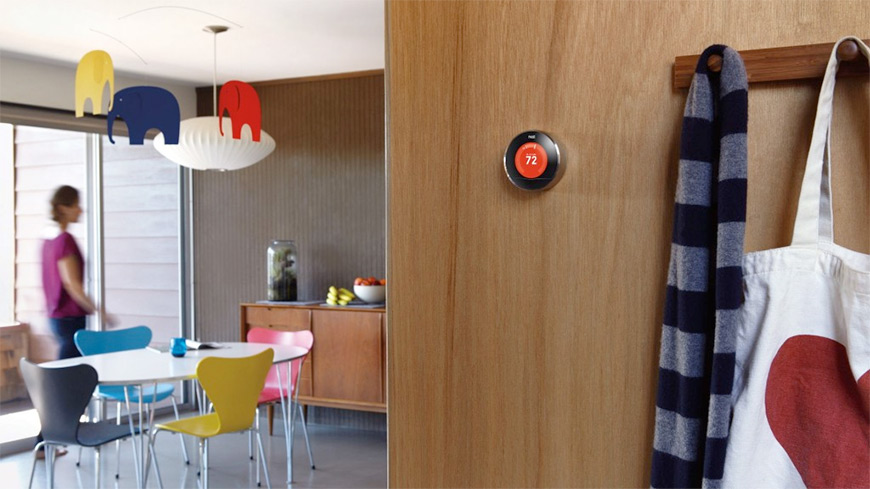 Nest. Outside of the hardcore tech following, and maybe one level beyond that, no one on Earth had heard of this company prior to January 2014. It matters not. Google just agreed to pay $3.2 billion in order to bring Nest Labs over to Mountain View, and for those paying attention, the general consensus is significantly more positive than when Google decided to spend around four times that tally to buy Motorola Mobility. As in, a company that everyone on Earth has heard of.

The times aren’t just changing… they’ve already changed. Why is it that Google’s purchase of Nest — a company that has produced but two notable pieces of hardware during its four relatively quiet years of existence — is being so highly praised? Why didn’t the purchase of one of the globe’s foremost names in mobile technology garner the same type of reaction?

Over the past decade or so, a seismic shift has occurred in both the education level and the expectation level of the average technology buyer. Consumers that would once buy anything that’d supposedly do something that had never been done are now buying things that are simply better — significantly so — than what was previously available. The challenge for technology startups used to be executing an idea that no human had brought to market; today, the challenge is to solve everyday problems in a method that is so obviously and staggeringly superior to the alternatives already available, that consumers will drop everything for that next best thing. Which brings me back to Nest.

Thermostats and smoke detectors. These two items are so atrociously boring that they aren’t even considered fair game on a friend of a friend’s wedding registry. They’ve remained so unimaginative and so perfectly adept at doing their respective jobs that society has all but forgotten to expect any innovation at all. Besides, why waste even a single cycle of resources reinventing these things? Has anyone actually tried to go an entire week using the spoken command system of [insert expensive automobile here]? Point being, there are some things that technology simply manages to confound. In some cases — cases such as thermostats, smoke detectors, and adjusting the radio station in your car — simplistic plastics, buttons, and manual toggle switches continue to rule for a reason.

What Nest has managed with its drop-dead gorgeous in-home thermostat and wildly seductive Protect smoke detector is nothing short of technological abracadabrism. Not only do these devices improve on designs that have served apartment dwellers to mansion owners for decades, but they do so in such a statistically significant way that it’s impossible to overlook them. One of the core struggles for any software or hardware maker is to keep up with expectations — expectations that are blossoming in a borderline untenable fashion. To catch the wallet of today’s consumer, you can’t just market a product to success. It has to actually feel like magic in use. If there’s no magic, there’s no sale.

At a glance, you may assume that it’s harder to invent than to improve. Today, that’s simply not the case. In fact, I’d argue that the older the incumbent, the tougher it is for a newfangled anything to unseat it. Nest didn’t decide to create anything new — instead, it had the audacity to believe that it could so massively improve two of the world’s oldest technologies, that no one who came into contact with its versions would be able to resist.

Given that I’ve just walked away from a sixth straight year at CES, I know what I’m about to say rings true in the minds of R&D labs across the nation: many vastly underestimate the difficulty in continual and perpetual improvement. I penned a piece earlier in the week detailing just how insane of a world we live in. We have internet access in the sky. There’s a 23-mile-long link that involves four manmade islands, two mile-long undersea tunnels, and many more miles of oversea highways; it was built just to save Earthlings traveling from Norfolk to New York an extra hour each way. I paid $25 to have a million English words instantly translated to 12 other languages in my pocket. One has to wonder what else has to happen around here to get society jazzed up — taking average citizens for a spin in Outer Space?

There’s no question that each of those four examples were enormously difficult to conjure up and implement for the first time, but Gogo, the Department of Transportation, Jibbigo, and Virgin Galactic now each have a far more daunting challenge ahead of them: how do they continue to impress? And, if they don’t, how long until a new startup does it for them? The same challenge has stared manufacturers of thermostats and smoke detectors in the face for eons — it simply took a company called Nest to actually deliver an answer.

Engadget’s Matt Brian summed the Google/Nest news up quite well in under 140 characters: “What I love about Nest is that it didn’t need to invent anything new or particularly unique. It simply made better products.” The ironic use of the word “simply” shouldn’t go unnoticed. Indeed, Nest managed to attract such a large sum of cash because it did just one thing: made better products. It’s a simple thing to explain in an elevator, but it’s raging beast to deliver on.

My sincere hope is that this is the kind of activity that is continually rewarded in the marketplace. Is it all a bit of Silicon Valley lip service — with rich dudes giving other rich dudes some other rich dude’s money? Of course it is. But as with Uber, there’s something intensely gratifying about a product that serves simply to make a tired, outdated, inefficient, or otherwise staid process… better. Not just “saw it on a billboard” better, but better, better. The kind of better that immediately adds minutes to your day, pennies to your checking account, and smiles to the faces you care about.

As it turns out, today’s technology startup doesn’t have to invent anything at all. It simply has to make the masses bow down with gratitude for taking the place of some other unsatisfying experience.

Disclosure: Darren Murph’s employer, Weber Shandwick, may represent companies in this article. The opinions shared here are strictly his own.