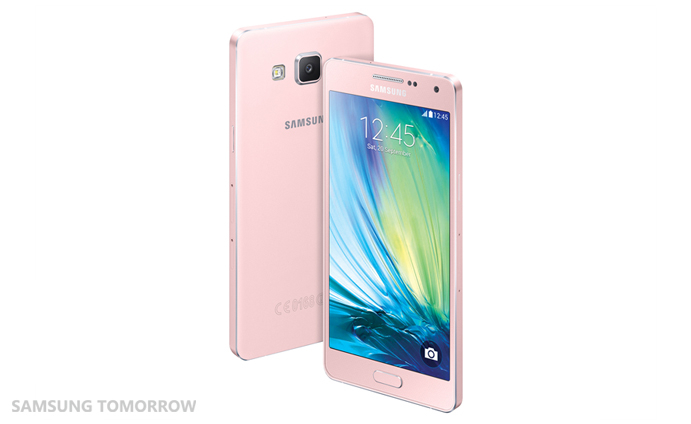 After many reports leaked various details about Samsung’s iPhone-5-like-looking Galaxy A3 and Galaxy A5 smartphones in the previous weeks, the South Korean giant has finally announced them. The Galaxy A5 and Galaxy A3 are “ultra-slim” And “optimized for social networking,” the company says. The devices, supposed to hit stores next month in various markets including China, are also supposedly part of Samsung’s plan to reinvent its mobile business in light of the rough year it had profit-wise. They’re also similar to the iPhone, just like the Galaxy Alpha that just preceded them.

FROM EARLIER: Hands on: Samsung’s iPhone 5 is absolutely beautiful

The two devices are generally have the same specs, and almost identical in design. Unlike the Galaxy Alpha, which only had a metal frame and a plastic back, Samsung has finally gone full metal jacket on these Galaxy A devices. Both the Galaxy A5 and the Galaxy A3 pack a “refined full metal unibody” design.

In other words, these are mid-ranged smartphones, at least by this year’s standards, and should be more affordable than the Galaxy Note 4 or the Galaxy S5. Pricing details for either model have not been announced.

The Galaxy A5 is just 6.7mm thin, with the Galaxy A3 being slightly thicker at 6.9mm.

Images showing the Galaxy A5 and A3, and a promo video follow below, with the full press release available at the source link.