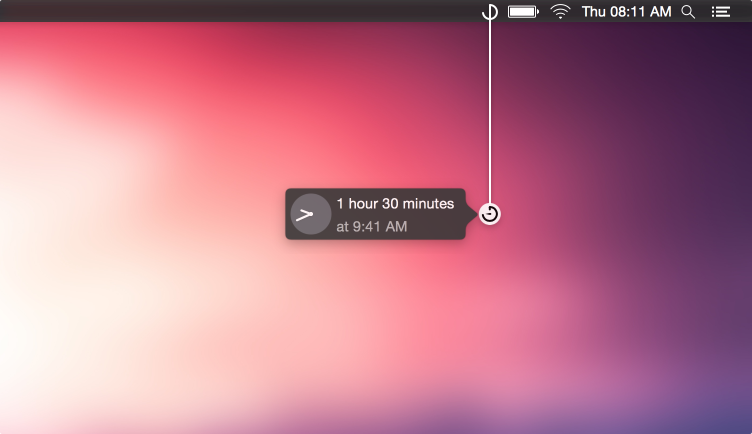 You’ll only need to use Gestimer for a single second to see how cool its design is. In fact, you don’t even have to use it at all — just watch this video:

Gestimer is a ridiculously simple reminders app for Mac computers that lives in the menu bar at the top of your display, so it’s always accessible. To set a new reminder, you simply click and hold on the app’s menu bar icon, and then drag it down toward the center of your screen.

A very cool animation makes it look like you’re drawing a shade, and the further you pull the icon, the further in the future your reminder will be set.

Gestimer is available for $2.99 in the Mac App Store.