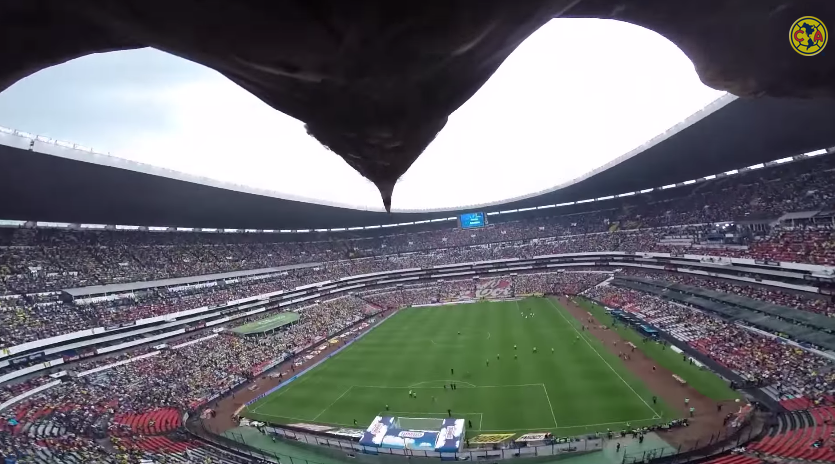 Yes, it turns out that being able to fly is just as cool as you imagined. A Mexican soccer team recently strapped a GoPro camera to its resident trained eagle and captured some incredible footage of the bird soaring over El Estadio Azteca in Mexico City before landing somewhat awkwardly on the pitch. The video was filmed with a GoPro Hero3+, which weighs in at just 4.8 ounces with its complete housing and thus isn’t nearly heavy enough to seriously weigh the eagle down during its flight. Even so, we’re sure that PETA won’t be too happy with this video but we’re still glad they filmed it because it’s so incredibly cool.

ANOTHER GREAT GOPRO ANIMAL VIDEO: Man drops his GoPro camera in the wilderness, watches in horror as it gets mauled by a fox

Animals and GoPros have had a mixed relationship so far. We’ve seen GoPro mounts designed specifically for dogs that canines seem to at least tolerate wearing, although we’ve also seen a wild fox that did not at all take kindly to being filmed by a GoPro and actually ate parts of the camera while it was laying on the ground.

The full video of the GoPro-equipped eagle follows below.