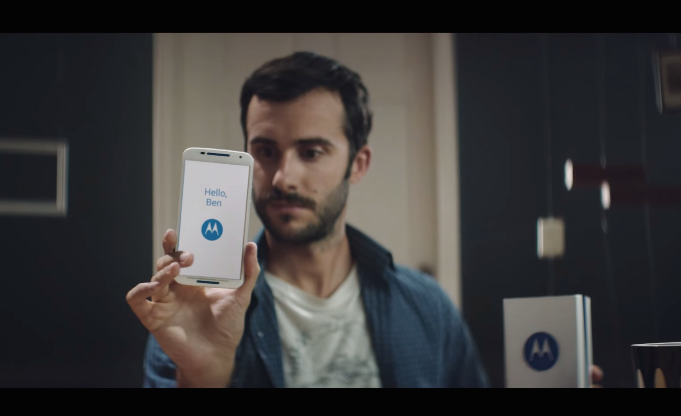 Jony Ive is a brilliant designer but he’s not immune from saying boneheaded things every now and then. 9to5Mac directs us to one particular passage in The New Yorker’s massive Ive profile from earlier this week that has Motorola steaming mad.

FROM EARLIER: Like the new lightsabers in Star Wars: The Force Awakens? Thank Jony Ive

Although Ive never mentioned Motorola by name, it’s pretty clear that he was referred to them when he slammed an unspecified company for making user customization a key part of its marketing push.

“Their value proposition was ‘Make it whatever you want. You can choose whatever color you want,'” Ive told The New Yorker. “And I believe that’s abdicating your responsibility as a designer.”

At any rate, BBC News has scored an interview with Motorola president Rick Osterloh, who lashes back at Ive’s criticism and slams Apple for supposedly ripping off consumers by charging “outrageous” prices for its products.

“We do see a real dichotomy in this marketplace, where you’ve got people like Apple making so much money and charging such outrageous prices. We think that’s not the future,” he told the BBC. “We believe the future is in offering similar experiences and great consumer choice at accessible prices.”

Osterloh also explained that Motorola’s overall philosophy was to give the end user more control over hardware design than Apple does, even though as we saw earlier, Apple isn’t above doing similar things by any stretch of the imagination.

Check out the full interview with Osterloh by clicking here.