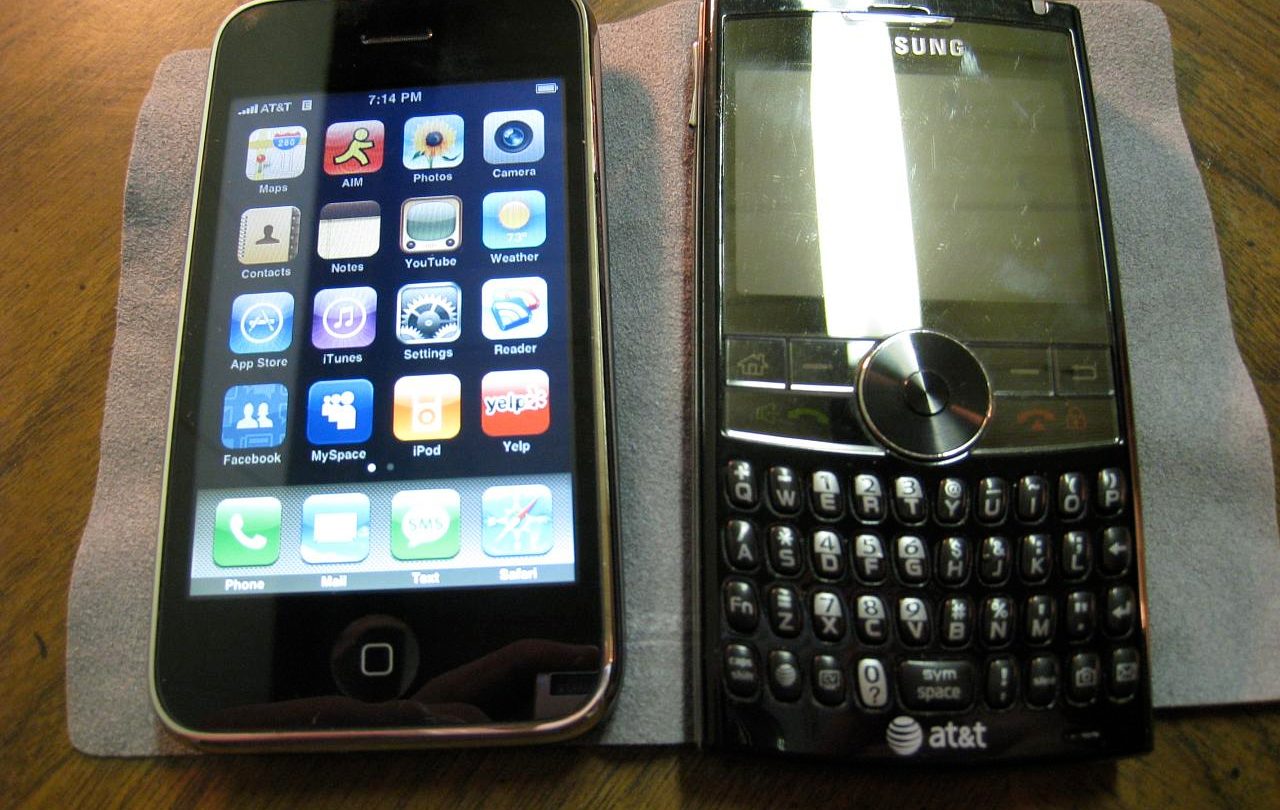 It’s easy to forget but there was a time when smartphones weren’t nearly as stylish as today’s big-name devices such as the iPhone 5s, the Galaxy S4, the HTC One or the Lumia 1020. In fact, as Business Insider’s Jay Yarrow points out, pretty much every phone released at around the same time as the first iPhone had a boxy, unattractive build highlighted by a tiny, pixel-poor display crowded out by full QWERTY keyboard. Although BlackBerry showed that it was certainly possible to make stylish QWERTY smartphones during its heyday, these devices were the exception and not the rule.

To illustrate his point, Yarrow snags the following graphic from a six-year-old AllThingsD article showing all of the iPhone’s main competitors back in 2007. The results, as you can see, are not pretty.

While we take touchscreen smartphones for granted today, many within the mobile industry thought at the time that Apple was taking a big risk by not attaching a physical QWERTY keyboard to its flagship device. Most notorious among the skeptics was Microsoft CEO Steve Ballmer, who famously ridiculed the iPhone as a device that business users would avoid in droves because it lacked a keyboard.

And this is one area where even the most ardent Apple haters have to grudgingly tip their caps to the company: The iPhone didn’t just change consumers’ expectations for what a phone should be able to do but also for how a phone should look. Proud Galaxy S4, HTC One, BlackBerry Z10 and Lumia 1020 owners all have Apple to thank for pushing their favorite companies to make better devices.