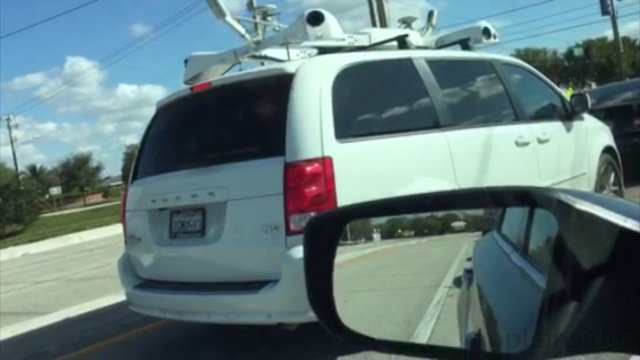 It is very safe to say that if Apple ever does release its own car, it’s going to look absolutely nothing like the minivan pictured at the top of this post. Why is that minivan so interesting, then? It’s one of several automobiles in Apple’s fleet of test vehicles that are being tested in public while carrying prototype Apple hardware that is believed to be related to Apple’s newly revealed plans to build a car.

DON’T MISS: Everything we know about the mysterious Apple car

On Monday, we showed you one of the first ever videos of one of Apple’s prototype cars. The vehicle seen in that video is one of several Dodge Caravans Apple is using to test equipment believed to be related to its supposed efforts to develop an electric car with self-driving capabilities.

According to multiple independent reports from the likes of The Wall Street Journal, The Financial Times and Reuters, Apple is indeed developing its own car and hiring away a number of automobile industry experts from Tesla to work on the project.

Now, another new video of one of Apple’s mysterious minivans has been posted by Apple Insider, and it shows the vehicle in even greater detail. We can also get an even better look at the van’s roof-mounted rig, which appears to be equipped with a number of cameras. The exact purpose of the rig remains unknown, but it is believed to be related to an autonomous driving system Apple is currently developing.