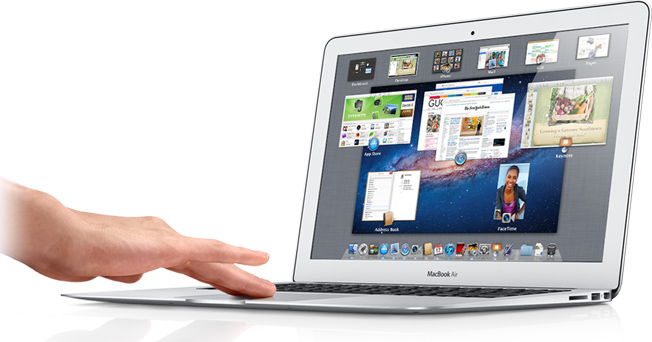 Apple may launch a brand new MacBook Air version this year, a Weiphone poster has revealed, sporting some exciting features including a 12-inch screen that would position it between the existing 11.6-inch and the 13.3-inch models. Furthermore, the new MacBook model would have a high-resolution “Retina” display, would lack a fan and might feature a new trackpad design that eliminates the mechanical button.

A recently awarded Apple patent revealed the company has been working on a trackpad design that uses force sensors and actuator feedback and thus doesn’t require a physical button, a design that could help Apple further slim down MacBook laptops.

It’s not clear when such a product would launch or how much it would cost, but this isn’t the first time a 12-inch MacBook Air is mentioned. KGI Securities analyst Ming-Chi Kuo said last October that Apple would be releasing a slimmer 12-inch MacBook model with Retina display this year. “We expect the unprecedented 12″ model will boast both the portability of the 11″ model, and productivity of the 13″ model,” the analyst said. “The high resolution display will also offer the outstanding visual experience of the Retina MacBook Pro. The offering will likely be lighter and slimmer than the existing MacBook Air to further highlight ease of portability in the cloud computing era.”

The analyst has been accurate with previous Apple-related predictions, and MacRumors says the Weiphone poster has provided reliable MacBook-related information in the past.

In addition to revealing details about a 12-inch Retina MacBook Air model, the same source revealed that the iWatch does exist, but it’s only in prototype stage, so an announcement isn’t expected for anytime soon. Furthermore, new MacBook Pro models are not expected sooner than September.