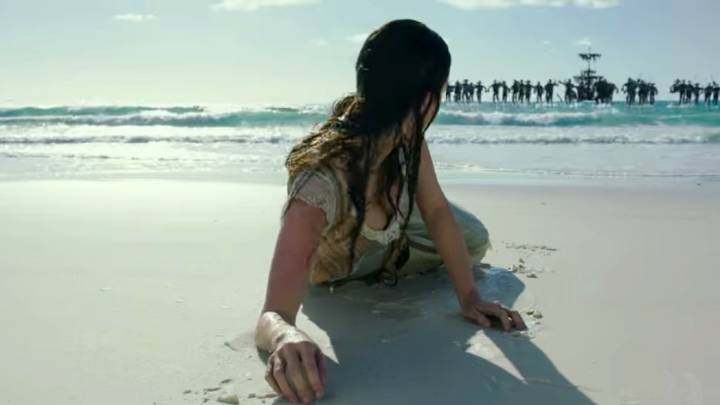 The Falcons thought they were crushing the Patriots in last night’s Super Bowl game, but it’s Tom Brady and Co. that had the last laugh after what may be one of the greatest comebacks in modern sport. But Super Bowl LI wasn’t only about the game itself, of course. There was also a crazy half-time show and plenty of awesome commercials that aired during the big game, including a treasure trove of brand new movie trailers — let’s check them out:

A Cure for Wellness

It’s creepy, and it’s likely not a cure for anything. The thriller debuts in a couple of weeks on February 17th, but until then, we have a new clip for A Cure for Wellness.

Dwayne Johnson and Zac Efron will make Baywatch great again come May 26th. Seriously, this might be a lot of fun.

We looked at the Ghost in the Shell Super Bowl trailer a few days ago, but it’s time to revisit it since it aired during the big game. The film opens on May 3rd.

Guardians of the Galaxy Vol 2.

We just can’t have enough of Guardians of the Galaxy. Thankfully, we have a new clip to keep us entertained until Vol 2. launches on May 5th. Yes, Baby Groot is in there too.

Yes, this happened: John Wick: Chapter 2 just made fun of Fifty Shades Darker in a fresh new trailer. John Wick returns to the big screen on February 10th, and it’ll fight directly against the next installment of the Fifty Shades series.

Life is an Alien-like sci-fi movie, but everything happens in modern times. We’ve got a bunch of NASA astronauts retrieving what seems to be an insignificant creature (a bunch of cells really) that proves there’s life on Mars. Life launches March 24th.

An aging Logan and Professor X duo, and a brand new skilled mutant that also happens to be very young might be enough to make us love this new Wolverine movie, which is shaping up to be much better than the last one. Logan is out March 3rd.

Pirates of the Caribbean: Dead Men Tell No Tales

Jack Sparrow is really living the pirate’s life. He’ll have to fight the dead once again in the fifth Pirates of the Caribbean. Launching on May 26, Dead Men Tell No Tales promises to be at least as entertaining as the previous four — if you liked any of them, that is.

The Fate of the Furious

You asked for fast cars and furious men? You got it! There’s a new twist in the plot, a new bad gal, and lots of action. The Fate of the Furious hits theaters on April 14th

You won’t like this new Optimus Prime in The Last Knight, but thankfully Bumblebee is still here with us. The brand new Transformers movie will be released this coming June.