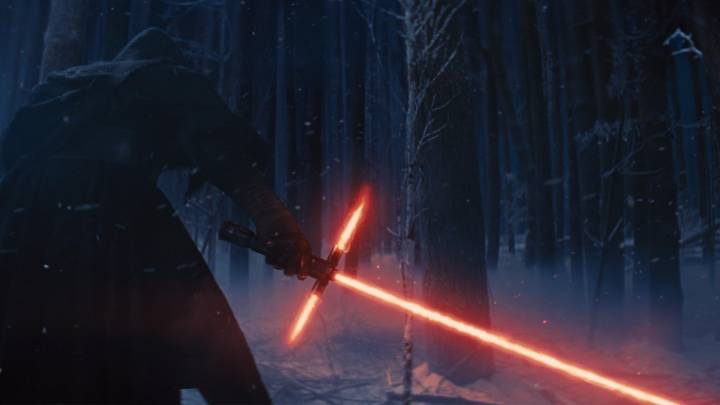 The newest Star Wars villain, Kylo Ren, has appeared in various spoofs following the release of last year’s massive hit Star Wars: The Force Awakens. But what you’re about to see probably takes the cake so far: fake, but hilarious outtakes from the movie. And yes, you’ll grow fond of Stannis Baratheon soon enough because he’s apparently a rebel of sorts.

Comedy duo Auralnauts came up with this brilliant video that focuses on various scenes from the movie. But while the footage is unaltered and still fresh in our minds, the dialogue has been slightly modified.

For example, Captain Phasma — who’s played by Gwendoline Christie, the actress who brings to life the Brienne of Tarth character in Game of Thrones — is used to link the two universes. That’s how Kylo Ren first hears about Stannis, who appears to be a pretty bad guy. Captain Phasma tells Kylo Ren that “he” was murdered by a shadow with the face of Stannis Baratheon. Stannis does other crazy stuff throughout the clip, but we won’t spoil it for you.

A “can you hear me now” sketch follows later into the clip, with Kylo’s helmet interfering with his orders. And hearing Kylo Ren singing Rihanna’s Work as a torture technique will make your day.

The final scene of The Force Awakens isn’t spared either, and Han and Leia get a similar spoof treatment as well. Sadly, Kylo Ren doesn’t appear in these scenes.

Check out the full video, which is embedded below. Note that if you haven’t yet seen The Force Awakens, the video contains spoilers.