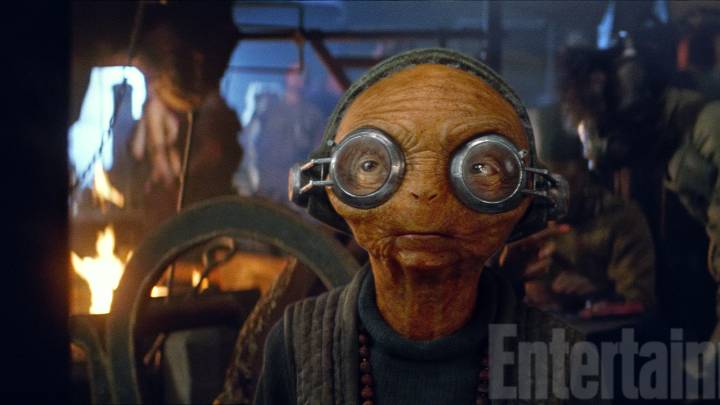 The recipe J.J. Abrams used for his new Star Wars movie is pretty simple: Reshuffle many of the things fans love about the original trilogy, go light on special effects, and tease, tease, tease. It all worked in his favor too, and Star Wars: The Force Awakens became a major hit for Disney, one of the many Star Wars movies that will hit cinemas by the end of this decade.

One of the best things about the movie was its new characters such as Rey, Finn, and a strange Force-sensitive creature named Maz Kantana. Unfortunately for views, Abrams decided to cut out some the scenes in the movie that showcased Maz Kantana’s immense powers. Watch out, spoilers will follow.

DON’T MISS: iOS 9.3 may hint at Apple’s plans to shake up its iOS release strategy

As you may have heard, up to 20 minutes of deleted scenes may be included in the Blu-ray version of the movie, including the scene where Maz demonstrates her Force powers.

“There was a particular part of a scene that never made it, where they go underneath the castle and they’re going into the underground passageways, and stormtroopers are coming down the stairs, and Maz uses her powers to collapse the ceiling,” he said.

“From my point of view, [that] worked absolutely brilliantly because you had all the main actors running up and then Maz does her bit and then the whole ceiling collapses in front of them, but that never made it. That was a shot I was quite proud of, actually, it worked really, really well.”

It’s unclear why the scene was taken out of the final cut, but it certainly would have helped us know Maz better.

Maz, who’s 1,000 years old, was never trained as a Jedi, but she apparently can wield the Force when needed. And it’s likely her abilities might be put to good use in the following episodes – heck, maybe she’s going to have a role in Rey’s training similar to what Yoda did for Luke.

In addition to moving objects Yoda-style, Maz also owns a pair of special goggles that let her inspect other people’s eyes closely and look into their souls, so to speak.

There are plenty of other deleted scenes you’ll get to see once the Blu-ray comes out, but Maz’s use of the Force is definitely one to look forward to.