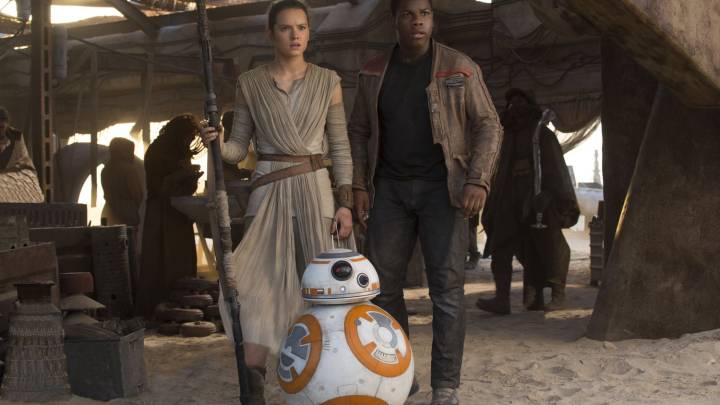 Going into Star Wars Episode VIII we want to find out who Rey’s parents are more than anything else. But we’re also interested to see if there’s going to be any romance between some of the new characters introduced in the last film. After Star Wars: The Force Awakens, many speculated that Rey and Finn are the new Leia and Han, while some said that there may be a Finn-Poe romance in the works. J.J. Abrams’s Star Wars did not explore either of these potential romances, but Rian Johnson’s Episode VIII might bring us some answers.

At least, that’s what John Boyega teased in a fresh interview.

In an interview with Variety at Cannes late last week, Boyega spoke about his current Star Wars commitment, at least as much as he was allowed to.

When asked whether Finn gets darker in Episode VIII, he responded, “My skin color does because of the heat on the job! That’s me dodging your question because Disney has spies everywhere. If I answer this, I get killed, and I’m not in episode nine.”

But Boyega did say that Johnson’s Star Wars is “a different take, darker, bigger.” He added, “Someone will say: ‘How do you get bigger than ‘Force Awakens?’ But it’s crazy.”

As for the on-screen romance between the main characters, it’s finally happening… one way or another.

“I mean, we didn’t establish a romance in seven; we never played it that way. Daisy and I, we’re friends,” he said when asked about the beginning of the Finn and Rey love story in The Force Awakens.

He continued saying there’s no romance. “Finn and Rey – they’re just friends,” he said. “Finn is a storm trooper, so he doesn’t really know what’s going on. So the romance thing is something that’s going to be interesting in the next installment. It’s not going to go the way you think it’s going to go.”

The untitled Star Wars Episode VIII movie hits theaters in December 2017, which is when we’ll finally get answers.