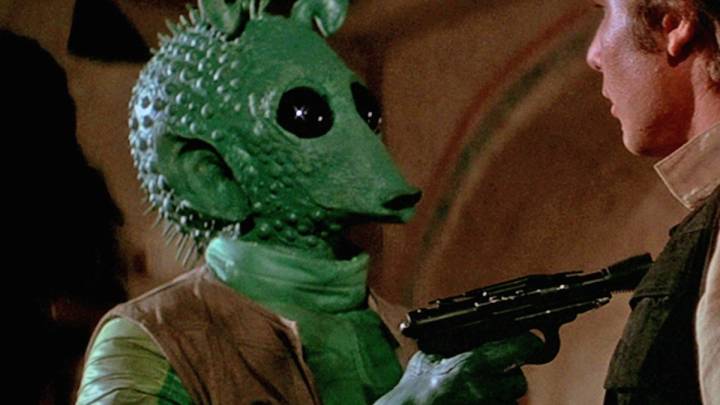 One of the most controversial decisions that Star Wars creator George Lucas has made over the years was to change the sequence of events that happened when Han Solo was accosted by bounty hunter Greedo in the cantina. In the original cut of the film, Han Solo shot first at Greedo and easily killed him before the inept bounty hunter could get a shot off. In the 1997 “special edition” of the movie, Lucas re-edited the scene to make it look as though Greedo had actually shot at Han first.

Why did he change this? It doesn’t really matter since it was one of many questionable decisions Lucas made in the late ’90s and early 2000s. The point is that most fans believe that Han should have been the one to shoot first and now they have no less of an authority than the actor who played Greedo backing them up.

In an interview with The New York Daily News, actor Paul Blake says that it’s a simple fact that Han shot first and that Greedo never had a prayer.

“Of course, in it said it all in the original script, we played in the scene in English and at the end of the scene, it reads, ‘Han shoots the alien.’ ” Blake said. “It’s all it says and that’s what happened. It was very painful.”

In fact, Blake says that he would prefer to have Han shoot first because otherwise it would make Greedo into the single worst shot in the entire galaxy if he actually missed hitting someone sitting three feet away.

“He was a bit inept wasn’t he?” Blake he says. “He’s a worse shot than a Stormtrooper. I don’t think Jabba had him under a pension plan let’s put it that way.”

Check out the whole interview here.