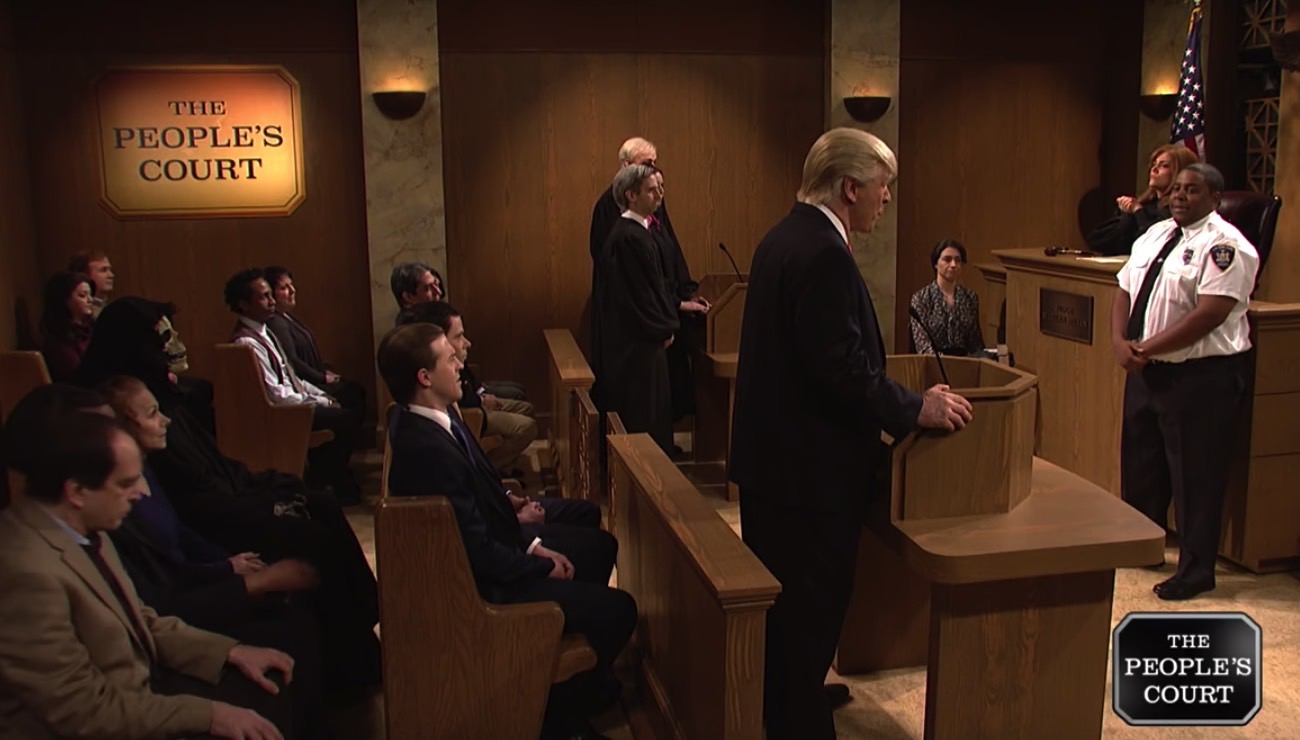 President Donald Trump isn’t ready to throw in the towel when it comes to his immigration ban. A court last week decided to uphold a ban on Trump’s own travel ban, and the president was very “vocal” on Twitter about how upset he was. The administration is expected to appeal the decision, and it may even issue other executive orders on immigration shortly.

In the meantime, the cast at Saturday Night Live figured out what Trump’s best choice could be given the circumstances: Take the three-judge panel from the United States Court of Appeals for the Ninth Circuit who ruled against him to The People’s Court.

As expected, Alec Baldwin — who actually hosted Saturday’s SNL episode — returned to reprise his famous Trump impersonation for the sketch.

Trump, the plaintiff, sued for “justice, bigly” at The People’s Court. Meanwhile, the three judges had to defend themselves against of “I guess, knowing the constitution…?” We won’t spoil all the jokes, but we will tell you that not even The People’s Court agrees with Trump’s so-called Muslim ban.

Baldwin’s impersonation of Trump is hilarious, just as it was before, although the Commander-in-Chief will probably never admit to that. In fact, the real Trump has often criticized Baldwin and SNL since before winning the election.

SNL, meanwhile, took various hits at other members of Trump’s administration during the show, including Sean Spicer, Kellyanne Conway, and even Neil Gorsuch. Melissa McCarthy delivered a hilarious Sean Spicer press conference once again, complete with an announcement that Trump was headed to The People’s Court, while Kate McKinnon played both Conway and Gorsuch.