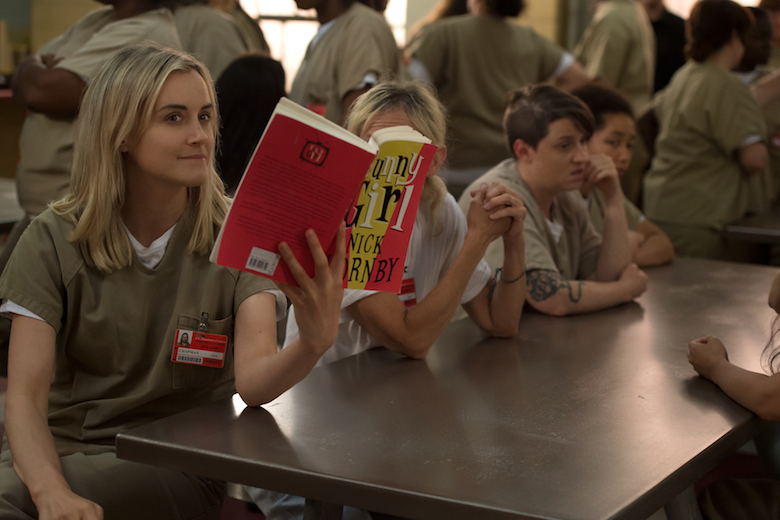 While networks and content creators are used to dealing with episodes of TV shows appearing on Torrent sites immediately after hitting the airwaves, it’s another matter altogether when episodes of a popular show surface online months before even airing. While such occurrences are rare, that’s what just happened to the popular Netflix show Orange Is the New Black (OITNB).

Less than 24 hours after a hacker named The Dark Overlord threatened to release all of the episodes from the upcoming season of Orange Is the New Black, our sister-site Variety reports that the stolen episodes have allegedly made their way onto the Pirate Bay. Incidentally, the hacker reportedly demanded a monetary payout in exchange for not leaking the episodes, a demand which Netflix seemingly decided would be best to ignore.

“The first 10 episodes of season 5 were apparently shared shortly before 6 a.m. ET Saturday,” the report notes, “with the 10 files comprising a total of 11.46 gigabytes.”

Notably, the fifth season of OITNB isn’t slated to premiere until June 9; and while we can’t imagine that legions of OITNB are going to begin scouring file sharing networks to download the episodes, it’s a safe bet that Netflix executives are worried about plot twists and spoilers leaking online in the interim.

Addressing the leak, the hacker involved with the saga released the following statement online earlier today: “It didn’t have to be this way, Netflix. You’re going to lose a lot more money in all of this than what our modest offer was.”

While Netflix has yet to issue a statement regarding whether or not the leaked files represent bonafide episodes, the streaming giant on Friday did explain how the aforementioned hacker may have come into possession of the episodes in the first place.

“We are aware of the situation,” Netflix said in a statement. “A production vendor used by several major TV studios had its security compromised and the appropriate law enforcement authorities are involved.”

The hacker claims to have stolen other series from Netflix and other studios, including ABC, National Geographic and Fox. The Dark Overlord promised to also release titles from those other networks unless “modest” ransoms are paid.

There’s no indication as to what that “modest” amount is, but we can’t imagine Netflix or any other media company bowing to hacker demands, no matter the ransom amount. After all, doing so would just invite more hackers to steal content and hold it hostage.