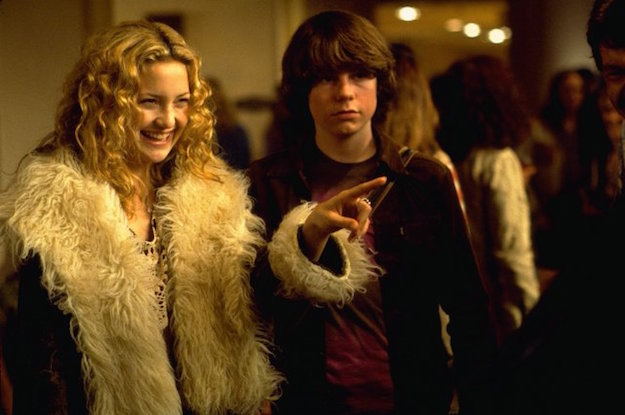 The importance of music in film can’t be overstated. A well-chosen song not only heightens our senses but can also evoke a wide range of emotions. Not surprisingly, some movies will spend big bucks to secure the rights for certain songs deemed integral to the finished product. Note that the photo above is from Almost Famous, a top-notch film with one of the most expensive and revered soundtracks in movie history.

Over time, though, many directors, both in film and on TV, have seemingly gotten lazy and now reflexively revert back to well-known musical pieces. In a sense, musical choices these days have almost become formulaic: Have a scene depicting the Vietnam War? Go with Gimme Shelter. A woman goes on a drug binge? Jimi Hendrix’s Hey Joe should fit the bill.

All that said, WatchMojo put together a well thought out list detailing the most overused and overplayed songs in TV and Film. The selections they chose are mostly spot-on, though one might quibble a bit with the ordering.

1. Born to be Wild – Steppenwolf

2. What a Wonderful World – Louis Armstrong

3. Over the Rainbow – Judy Garland

Personally, I felt that this song’s placement was a bit curious. I was a bit shocked to learn that Over the Rainbow has been used in over 100 films because I can’t really recall hearing it all that often.

This song could be ranked higher, if only because it’s pretty annoying. If you’re watching a movie and this song comes on, spoiler alert, you’re probably watching a pretty bad move.

7. Bad to the Bone – George Thorogood & the Destroyers

This song has been overused to death. As the video above points out, this song used to be implemented with purpose. Now, it’s use tends to border on cheesy.

8. Walking on Sunshine – Katrina and the Waves

This classic Stones song works as a great background tune for any type of scene set in the 60s or early 70s, including political protests and Vietnam War scenes. It’s also a great song choice for historical montages.

Is this song used quite a bit? Undoubtedly. But it’s such a great song I’d hesitate to say it’s overused.

10. All Along The Watchtower – Jimi Hendrix

An amazing song, nay – anthem, that is used quite a bit when something wild, crazy and unexpected is about to happen.

Two final honorable mentions that weren’t listed in the video includes Fade Into You by Mazzy Star and Fortunate Son by Clarence Clearwater Revival.