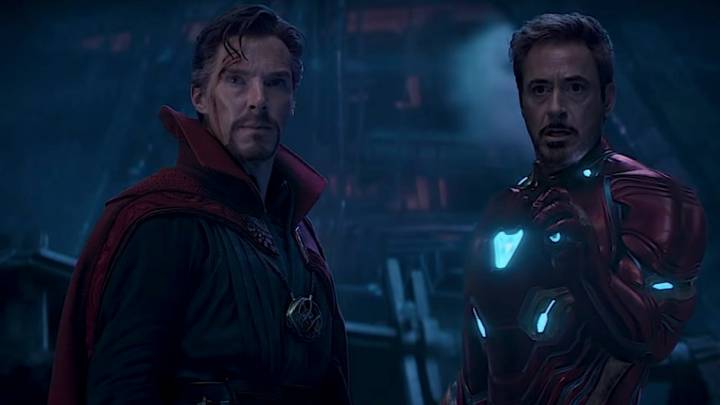 After two years on pause, the Marvel Cinematic Universe will return to the big screen this July with Black Widow, the film meant to kickstart Phase 4. The novel coronavirus pandemic hit, and we ended up having to wait more than a year for fresh content from Marvel. WandaVision and The Falcon and the Winter Soldier are the first MCU TV series to launch on Disney+, but the movies have been repeatedly delayed.

The movies will advance the main storyline, while the TV shows will add more depth to the characters, whether they’re heroes, anti-heroes, or even villains. We already have high expectations for a couple of movies launching this year, but it’s not until 2022 that we’ll get to see one of the most exciting films of Phase 4, if not the most exciting one: Doctor Strange in the Multiverse of Madness premieres on March 25th next year.

Doctor Strange 2 is the only Phase 4 film that’s we know without a doubt involves the multiverse. The only way for Marvel to avoid this was to hide the title. But Marvel is seemingly fine with fans knowing that Doctor Strange will deal with the supernatural in the multiverse in this next installment of his franchise.

Doctor Strange 2 will not be the first MCU film to tackle the multiverse. Ant-Man already set it up for the team to explore in Avengers: Endgame. And a large number of rumors claim that Spider-Man: No Way Home is a multiverse film that will tie directly into the Doctor Strange sequel. But Strange’s next adventures might become the first Marvel movies to set up the main storyline of Phase 4.

Marvel can do whatever it wants with this sequel. The film can explore all sorts of ties between the main timeline and other realities and help Marvel connect the MCU to other universes where X-Men, the Fantastic Four, and Deadpool exist. The multiverse is also a perfect way to revive beloved characters like Iron Man and Black Widow. After all, we’ve already seen this happen in Endgame, where characters like Loki, Gamora, and even Thanos were resurrected in this fashion — all of them were variations of the original characters, as they all hailed from the past of different timelines. And it so happens that Doctor Strange 2 is already rumored to feature all sorts of exciting cameos via the multiverse.

Such an ambitious film deserves an equally ambitious villain, and The Illuminerdi says it knows who the villain is. The blog claims that it can confirm that Shuma Gorath will be the primary antagonist in Doctor Strange in the Multiverse of Madness. A few days ago, Marvel insider Daniel Richtman said on Patreon that Marvel Studios is planning on using the villain in an unspecified future project. The Illuminerdi claims it can confirm those rumors.

The report notes that Shuma Gorath’s placement in the film is directly tied to America Chavez (Xochitl Gomez), a brand new MCU superhero who might join the Young Avengers at some point down the road. Shuma Gorath is a tentacled cyclops alien being that has a few impressive powers:

As fans have learned in the past week, Shuma Gorath has some incredible abilities from his runs in Marvel Comics including omnipotence and a connection with the supernatural. Able to grow to a massive size as well, he will be no easy task even one of the most powerful Avengers in the Sorcerer Supreme.

That’s to say we should expect some extraordinary special effects from Doctor Strange 2. Then again, the film will explore the supernatural and offer plenty of horror influences, so we already expect great CGI from Sam Raimi’s film. The leak doesn’t say who will voice this CGI character, however.

Shuma Gorath is reportedly going after Chavez because of her abilities that give her control over the multiverse. The report doesn’t offer more details about the Doctor Strange 2 plot, and there’s no way to confirm the leak at this point. We know that the film has finished principal shooting and that the project is so secret that Benedict Cumberbatch refused to show his face in a recent interview as his face would have been a spoiler for the film.

We also that WandaVision and Loki tie directly into the film and that several beloved characters will appear in this one, including Wanda (Elizabeth Olsen), Dr. Christine Palmer (Rachel McAdams), Mordo (Chiwetel Ejiofor), and Wong (Benedict Wong). Bruce Campbell is also expected to cameo in the film.

That said, The Illuminerdi isn’t the first to claim that Shuma Gorath is the film’s villain and that it’ll go after America Chavez. The following Doctor Strange in the Multiverse of Madness plot leak from several months ago also said that Shuma Gorath would be the bad guy, and he’ll want access to Chavez’s powers.

DOCTOR STRANGE IN THE MULTIVERSE OF MADNESS from MarvelStudiosSpoilers