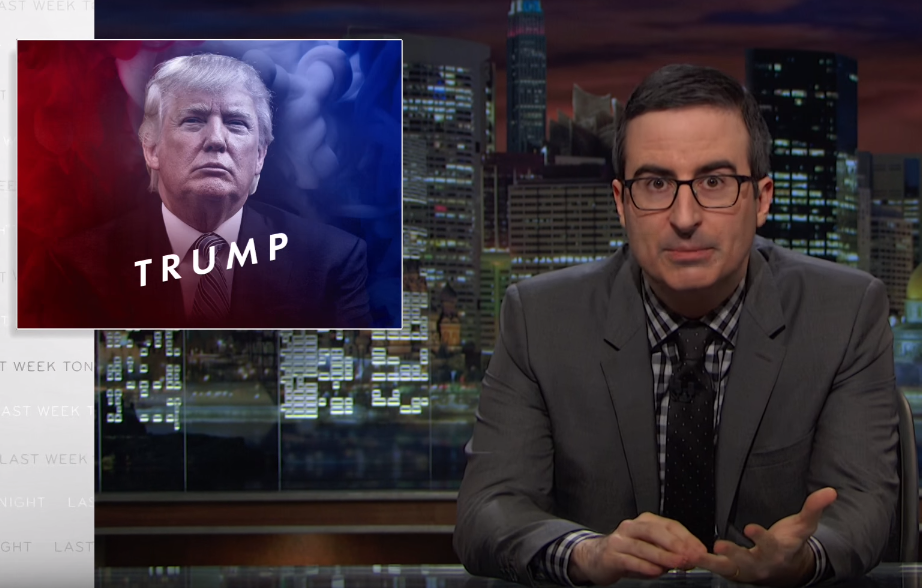 For a while, John Oliver didn’t want to touch Donald Trump’s bid to win the Republican nomination for president because he mostly thought of it as a sideshow. Now that Trump has won three straight primaries and is poised to romp on Super Tuesday, Oliver felt that he couldn’t ignore the doughy billionaire’s presidential campaign any longer. His solution was to dedicate a full 22 minutes on Sunday to nuking the entire premise of The Donald’s candidacy and it was a true thing of beauty.

RELATED: Donald Trump is the world’s most powerful Twitter troll

Oliver begins the segment by acknowledging that Trump is a ridiculously entertaining person but warns that voting for him would be like “having a pet chimpanzee — sure, it seems fun but some day Coco’s going to tear your fucking limbs off.”

Oliver proceeds to tear down every rationale that people use to support Trump’s candidacy, starting with the deluded refrain that Trump “tells it like it is.” Specifically, Oliver notes that Trump will frequently lie in the most brazen ways possible, such as when he falsely claimed last year that Oliver had invited him to be on Last Week Tonight multiple times.

“It was genuinely destabilizing to be on the receiving end of a lie that confident,” Oliver recalls. “I even checked to make sure that no one had even accidentally invited him, and of course they hadn’t! And I’m not even sure he knows he’s lying, I think he just doesn’t care about what the truth is.”

He also trashes Trump’s claim that because he’s funding his own campaign that he’ll always be forthright and won’t bow to outside interests.

“‘I’m rich, therefore I tell the truth’ has the same internal logic as ‘I’m a vegan, therefore I know karate,'” he cracks.

He then proceeds to rip Trump’s credentials as a businessman by noting that his businesses have fallen into bankruptcy multiple times. He also takes shots at Trump’s claim to be worth $10 billion by citing old court documents in which Trump claims that an accurate measure of his true net worth can be difficult to pin down because it’s affected by his own “feelings… that can change rapidly from day to day.” The best, though, was highlighting Trump’s decision to start a new mortgage company in 2006, which was right before the massive housing bubble in the United States started to collapse.

The entire segment is absolutely worth your time and you should check it out below.