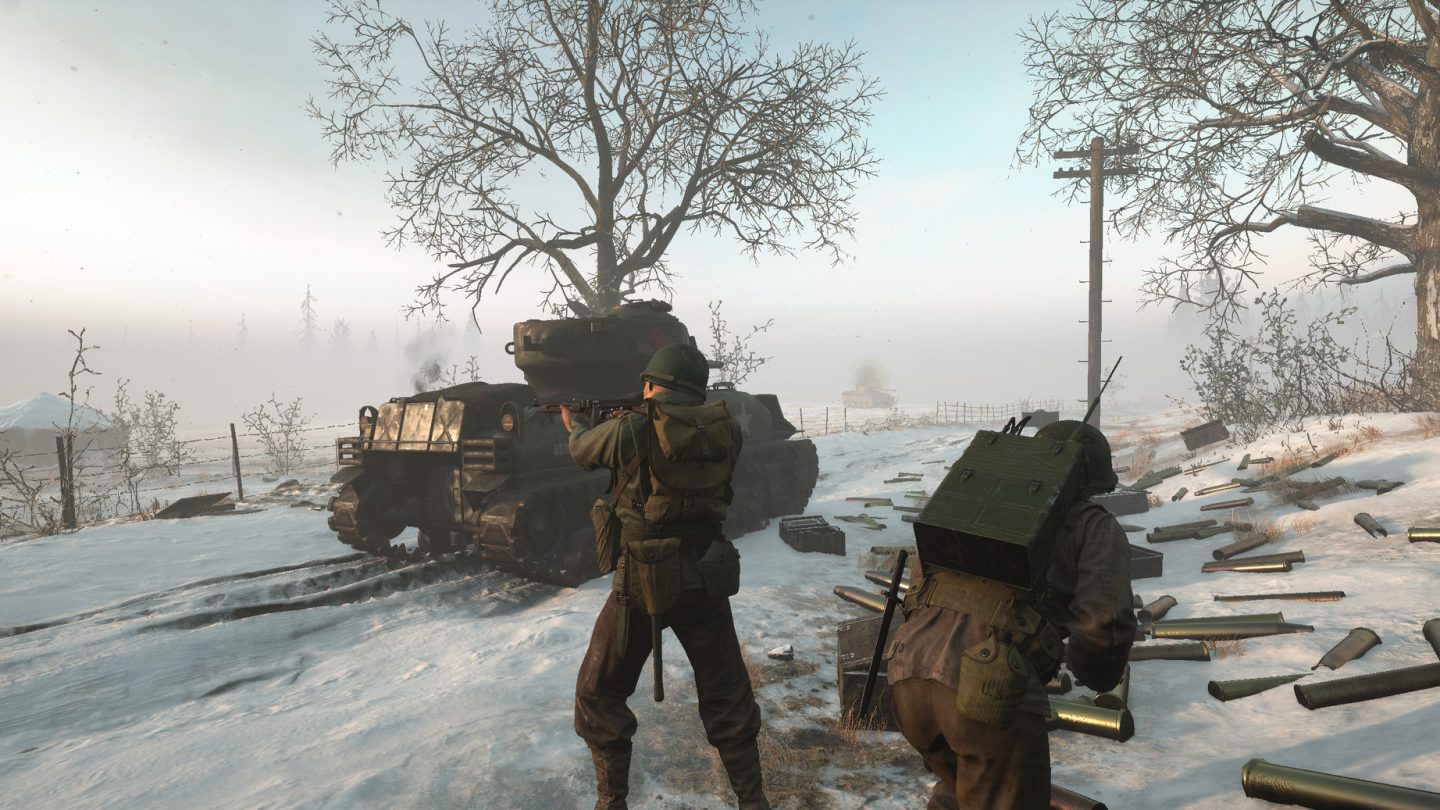 Games like PUBG and Fortnite have inspired a Battle Royale revolution in the past few years, with many players being instantly drawn to the concept. Whether it’s everyone for themselves or playing in teams, these Battle Royale games are all basically the same. You have to collect items, find shelter, build defenses in some cases, and eventually hope you can pull the trigger faster than the other players to win.

But not every multiplayer shooter has to be like that. And I happen to have had the time of my life driving a tank for hours in an incredible World War II setting, even if most of the time nothing really happened.

It wasn’t anything like World of Tanks, where you get to see your vehicle from various angles, and you get to be both the driver and the gunner at the same time. And it’s not about tanks in the first place. That’s just the role I had chosen for the recent closed beta test that developer Black Matter ran over the weekend. In Hell Let Loose, you get to team up with 50 other players, each assigned to different roles, from infantry to artillery to tanks, and hope to prevail over the other team that features a similar combination of soldiers.

If the title sounds familiar, that’s because Hell Let Loose launched on Kickstarter some 18 months ago, and after nearly two years of development and tests, it’s getting ready for an official release on Steam.

What they pulled off, based on my limited time with the beta, is incredible — a gaming experience that will force you to rethink everything you thought you knew about shooters — especially World War II shooters.

When you join the armor team, you can either be a tank leader, which means you get an actual weapon, not just a pistol and a pair of binoculars that can trigger support actions; or a crew member, which means you’ll be driving or operating the tank’s gun. In either case, your role is very clearly defined, and it’s teamwork that will help you win. Also, you’ll have to forget about frags, and have a lot of patience.

As a tank driver, you have to start and stop the engine, shift gears up and down manually, and make sure you always face the enemy. If you’ve got a microphone, you’ll probably want to talk to the gunner who’ll tell you when to stop, where to go, and what to face. You also operate the front machine gun, although there are no sights and you’ll never know if you hit something, and need to familiarize yourself with the map so you know what roads to take to get to the next objective as fast as possible. Also, you only get to experience the first-person view of a tank driver. That means you get a limited periscope view, and that might not be enough to get you all the information you need about what’s happening around you.

And make no mistake, things happen around you, so you’ll find yourself keeping your eyes open to see the road and scenery ahead while your pulse is racing. The battle is dominated by continuous fire, artillery explosions, as well as engine and gun sounds from your own vehicle. You might be stuck in a steel box, but you’re hardly safe, and the enemies can always fire something deadly at you.

What’s worse, but in a fantastic way, is that you have no idea if you hit something. Suppressive fire gets an entirely new meaning in Hell Let Loose. You won’t see frags appear on the screen, and you won’t know whether the gang of foes you think you saw behind those trees are dead or alive after you’ve just pounded them with a couple of high-explosive projectiles. You won’t even know if they’re you’re guys, and you could end up killing them.

One wrong move, and you’ll make mistakes that will end up costing the lives of your teammates or your own. In one instance, a driver blocked a Panther tank in a densely wooded area. I was foolish enough to think I could save the armor and navigate it through the trees, but boy was I wrong. The only responsible thing I could do was to make enough noise, and hopefully take out a few enemies in the process, to trick them into killing the tank. You see, you need resources to spawn other tanks, and you have a limited number of active tanks on the map to simulate a real World War II battle as closely as possible. An unmanned tank stuck in the woods still counts as an in-play tank for your team, and you’d better make sure you destroy it. I am happy to report I did trick someone into using their anti-tank weapons on my Panther, but I had to wait for minutes to get the job done. I don’t know what happened, I just died, as I was handling the gun, likely firing at nothing.

Resources, if it wasn’t clear, play an essential role in this realistic World War II experience, and that’s why it’s crucial not to waste anything. And trust me, you don’t want to be a tanker running around the battlefield with just a pistol in your hand, hoping that you’ll get another vehicle. Similarly, you’ll want to bring your vehicle back to base to resupply ammunition and deal with repairs whenever you have to.

As a driver, you don’t get to focus on fighting aside from firing your gun to suppress whatever is in front of you. But step up into the gunner’s seat, where you’ll have to decide what kind of ammunition to load and where to fire, and that pulse goes up a notch. From the gunner position, you get an even smaller field of view, as you’re practically looking through the gun’s sight while the driver operates the tank. Your only duty is to pay attention to everything that moves, rotate the gun, and then point it to where you think the enemy is. By the way, you need to stop the tank to shoot, so communication is key. Those World War II tanks were not really able to battle other tanks while moving.

Just like I said before, there’s no way to tell whether you’ve hit your target or not when it comes to fighting infantry. And you’ll have no idea who kills you unless the blow comes from wherever you’re aiming your gun. You do get to see beautiful explosions when dealing with enemy armor, though. You know, just like I assume things would have gone in actual World War II battles.

Finally, as a tank commander, you get a better periscope and therefore a better view of the battlefield. This should give you an edge on enemy armor that’s not adequately manned, but it will take a while to learn how to take advantage of the role, and communicate with your unit correctly.

I’m merely scratching the surface here, as Hell Let Loose isn’t only about tanks. You can choose to operate within an infantry squad in a given role, or you can go for artillery, and the experience will be just as immersive and fast-paced, even if you end up doing some mundane jobs throughout the match. If you want to operate the artillery behind the lines, then all you’ll do during the game will be to load up shells, adjust the gun, and press fire, without knowing whether what you’re doing works. Your infantry, however, should tell you where and when to pull the trigger.

The point is that Hell Let Loose is incredibly fun and complex, and just as stressful as a war game should be. If you want to try it, you should know it’s available for preorder on Steam right now, and it’ll launch on June 7th. Meanwhile, the following clip will give you a brief taste of what manning a tank in the game will look and feel like, via YouTube channel PhlyDaily: