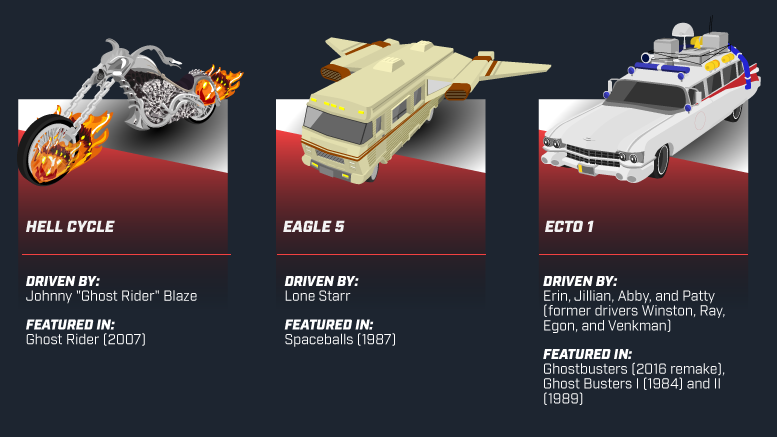 Everyone has a favorite fictional character from a movie or TV show.

If you’re an action fan, it might be Indiana Jones, John McClane or Neo. Sci-fi fans likely prefer Luke Skywalker or James T. Kirk, while superhero fanatics might have trouble deciding between Iron Man, Batman, Captain America and Superman.

But some of the most memorable characters in the history of media aren’t really characters at all, but rather the vehicles that the characters get around in.

DON’T MISS: 4 of the most forbidden places in the entire world

Recently, NetQuote put together an infographic featuring some incredibly cool fictional vehicles, most of which you’ll probably recognize. The DeLorean from Back to the Future, Mach 5 from Speed Racer, Batman’s Batmobile and even Optimus Prime makes an appearance (even though he’s not really a vehicle).

You can check out all fifteen vehicles in the infographic below:

In addition to the infographic, NetQuote also made a short video documenting the evolution of the Batmobile, from the original TV series all the way up through Batman v Superman: Dawn of Justice and Suicide Squad:

For more fun infographics breaking down each of the fictional rides by speed and probable cost, be sure to check out the full article on NetQuote.