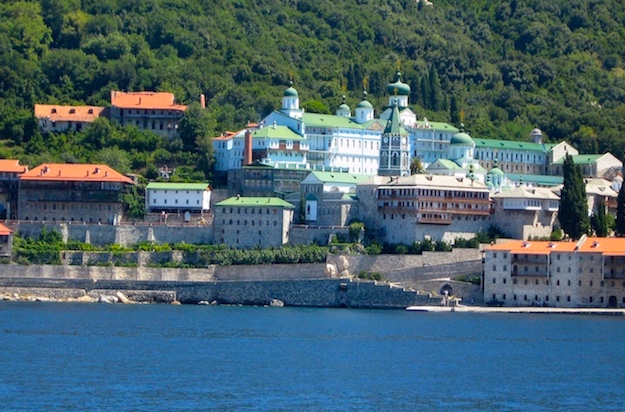 In today’s modern age, a passport and some cash are all that you really need in order to see the vast wonders that make up world. Whether you want to travel to Australia, China, the rain forests of Costa Rica or even to North Korea (though we wouldn’t recommend it), the world today is more accessible than it’s ever been at any other point in history.

There are, however, a few notable and interesting exceptions. While a passport can get you to and from most places, there exist a few locations throughout the world that are effectively off-limits. Touching on this topic in fascinating detail, a recent Quora thread set out to list all of the forbidden places located across all corners of the globe. While some locations on the list are off-limits to certain groups of people due to religious reasons, others are completely off-limits to all humans due to safety considerations. We’ve since pored over some of the more interesting examples Quorans brought to light and have them listed below for your reading enjoyment.

DON’T MISS: Leak shows us exactly what the iPhone 7 will look like

Located off the coast of Brazil, Snake Island (officially known as Ilha da Queimada Grande) is completely closed off to everyone. The reasons why are two-fold: One, the island is home to the critically endangered pit viper. As a result, officials want to ensure that the pit viper population there can thrive. Second, because pit vipers are insanely venomous, Brazil closed off the island to the public for their own protection. And as if that weren’t scary enough, consider this: reports indicate that the total population of snakes on the island is so dense that there are anywhere between 1 and 5 snakes every square meter.

Today, the only humans allowed to set foot on the island are researchers who must first receive a special waiver from the Brazilian Navy. And seeing that pit vipers look like this, we can’t imagine many people would want to visit in the first place.

Located in Northern Greece, Mount Athos has been inhabited for centuries. But because the area is considered holy within the Greek Orthodox church, the area today has a large number of monks. In turn, women are expressly prohibited from visiting the island as a means to make it easier for monks to remain celibate. Even men hoping to visit the area will likely be turned away as only visitors with special permits – which are limited – are allowed to set foot there.

North Sentinel Island is located in the Bay of Bengal, and while there is a local population there, no one from outside the island is allowed to visit. The island today is exclusively occupied by the Sentinelese, an indigenous people who “remain virtually untouched by modern civilization” and who outright oppose – sometimes violently – contact with outsiders.

Between 50 and 400 people are estimated to live on North Sentinel Island. These people, known as the Sentinelese, are perhaps the most isolated people in the world and are believed to be pre-Neolithic — literally, technologically in the Stone Age. By and large, the Sentinelese have gone without contact from outsiders for centuries if not millennia — in part because the Sentinelese do not take kindly to visitors.

As a result, India – which administers the island – has prohibited anyone from visiting.

A Hawaiian island located 17 miles southwest of Kauai, Niihau has a small population of about 160 and is effectively off-limits to outsiders. As it stands today, the only way to visit the island is if you have a relative on the island, are invited by someone on the island or are part of the U.S. Navy. In the late 80s, the Island began offering limited tours and safari trips for select individuals. Nonetheless, the island today is still referred to as “The Forbidden Island.”

According to the Huffington Post, the island, as of 2015, had “no roads (dirt trails navigate its arid, bushy terrain), no cars, no stores, and no Internet.”

Make sure to hit the source link below for the full run-down of forbidden places around the world. From the Vatican Secret Archives to secretive locations within Russia and North Korea, the thread provides some fascinating insights and information about places that you’ll never be able to visit.