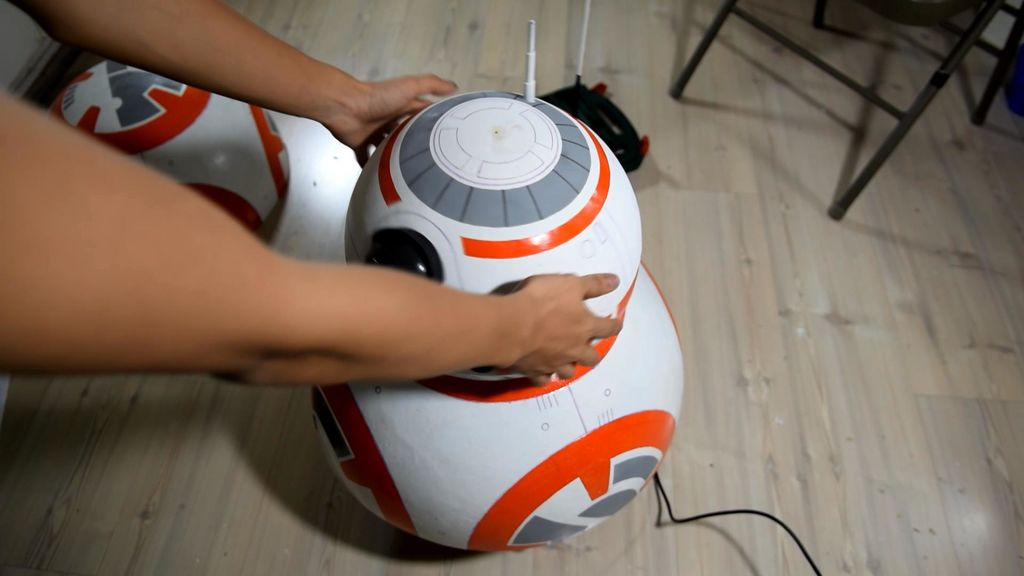 Unsurprisingly, one of the hottest toys of the holiday season was Sphero’s BB-8 App-Enabled Droid. It’s a scale model of the droid that appeared Star Wars: The Force Awakens, and can be controlled with a smartphone app from up to 30 meters away. It also costs $150, which can be a deal-breaker for Star Wars fans on the fence about buying one.

Here’s the good news: you can build a life-size BB-8 for even less.

UP NEXT: This iPhone 7 concept looks like something Apple may really release

Brilliant 17-year-old engineer Angelo Casimiro published the DIY instructions on Instructables earlier this month, and it has already received well over 100,000 views. Casimiro says that he was originally inspired by his father, who has been a toy collector his entire life. When his father saw the price of the Sphero droid, Angelo realized he could do better. For cheaper.

Although this project appears to be a relatively massive undertaking, a vast majority of the tools required to build your own BB-8 can be found around the house or at a local hardware store. For example, the body of BB-8 itself is just a fully inflated beach ball, and roll-on deodorant containers were used as rollers.

Providing you don’t have any of the necessary materials, you can make this life-size, smartphone-controlled BB-8 droid yourself for the astonishingly low price of $120. It’s just a matter of whether or not you’re willing to put in the time.

Here’s an early look at Casimiro’s second version of the droid: