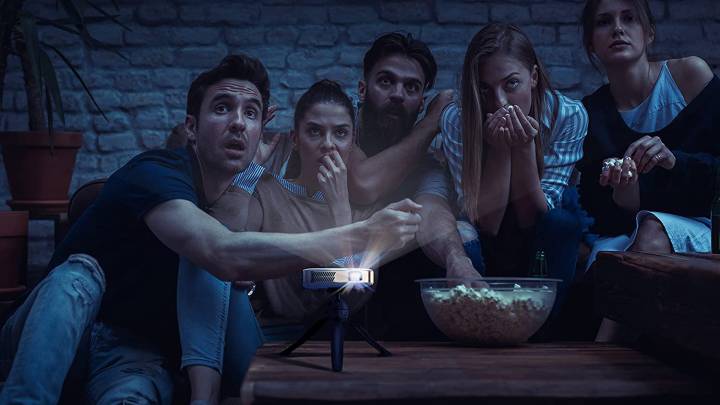 When it comes to home theater projectors, there’s a deal on Amazon that our readers are going nuts for. The Yaber Pro V7 home theater projector is a fantastic option that we tested and really liked a lot. The only real problem with it is the hefty $600 price tag. That’s a hefty price tag, but there’s a killer Amazon deal right now. A massive 50% discount and an extra $80 coupon slash the price all the way from $600 to just $219.99. That’s an unbelievable deal, and you should definitely check it out if you’re in the market for a home theater projector. But what if you’re looking for a compact, portable projector on Amazon? 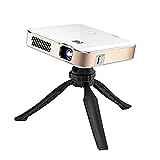 Portable projectors are awesome. There’s no doubt about it. A good portable projector lets you turn any room into a home theater in an instant. Additionally, you can beam movies onto a screen or the side of your house for an outdoor viewing experience. They’re so great, but there’s one problem with them. There are so many options out there, it can be difficult to know where to start.

Are you looking for a high-quality projector as opposed to a cheap one? There’s a fantastic new option that was just released on August 10. It’s called the Kodak Luma 400 Portable HD Smart Projector, and Kodak sent us one a few weeks ago to test. There’s no question that it’s an impressive new model. We found the clarity of this model to outclass any other projector we’ve tested that’s this compact. Also, its brightness is rated at 200 ANSI lumens, but it seems even brighter than that. We pitted it against a comparable compact projector rated at 200 ANSI lumens, and the Luma 400 was noticeably brighter.

There are a few more important things you’re going to like about this projector. First, it runs Android 9.0. You can connect your smartphone, streaming dongle, video game console, or anything else using HDMI, USB, or Bluetooth. But, you don’t need to if you don’t want to. Since it has Android on board, you’ll be able to install all the streaming apps you want. That includes everything from Netflix and Amazon Prime Video to Hulu and Disney Plus. It truly is a home theater in the palm of your hand!

With impressive picture quality and 3 hours of battery life per charge, the Kodak Luma 400 Portable HD Smart Projector is awesome. It was also just released on Amazon on August 10, and it’s available to purchase right now. If you want the best new portable projector on Amazon, your search ends here.

You should also pick up this 120-inch foldable projector screen while it’s on sale for just $20.35 at Amazon. It’s an awesome creaseless screen with 9,000 4-star and 5-star reviews on Amazon. That’s a fantastic price for a projector screen that Amazon shoppers love so much!