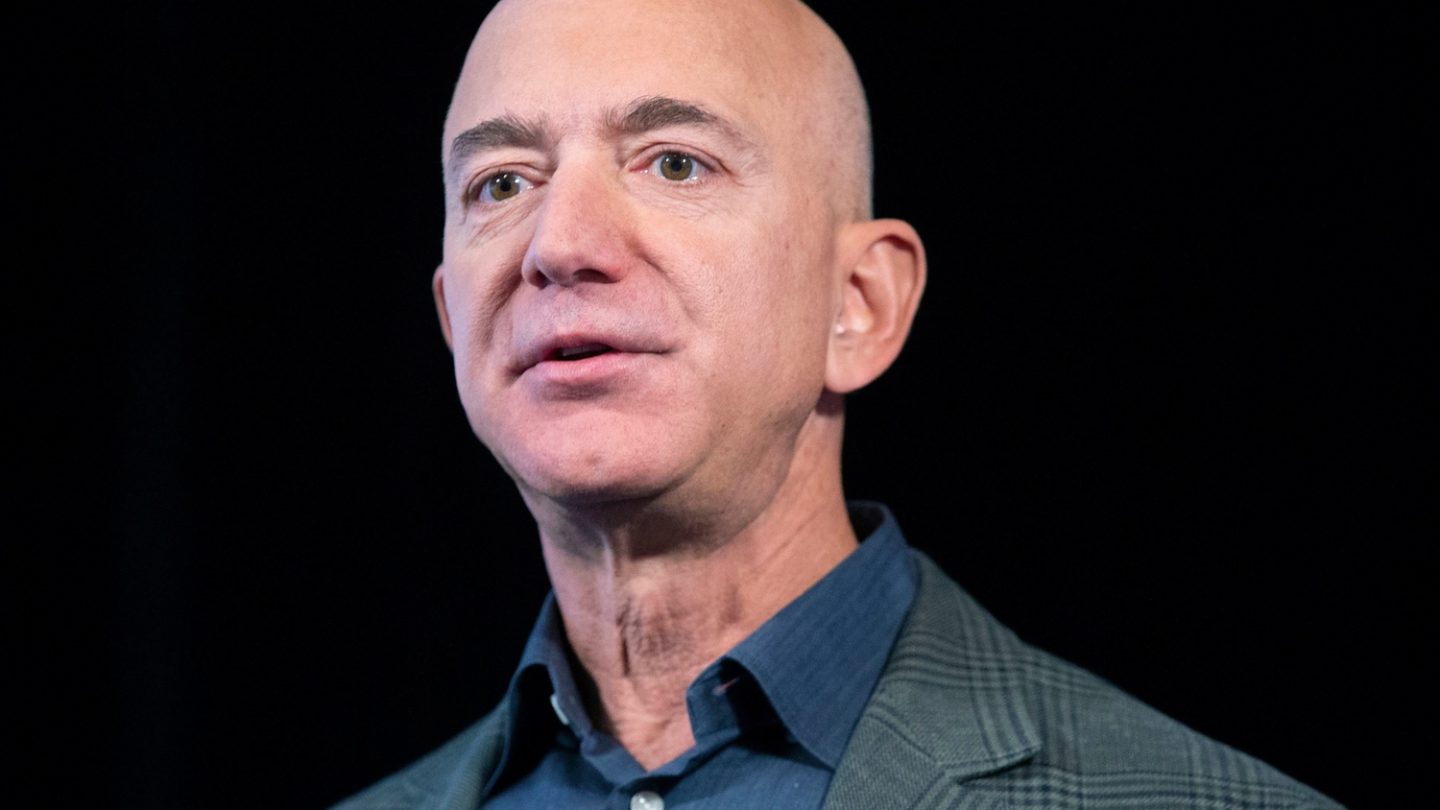 In the wake of employee protests and some workers even staging walkouts to demand better working conditions and pay as the coronavirus pandemic drags on, Amazon CEO Jeff Bezos donned a disposable face mask and made a surprise visit to an Amazon fulfillment center as well as an Amazon-owned Whole Food store.

Amazon shared video of the episode via Twitter late Wednesday, during which Bezos can be seen striding up to a warehouse worker to get his temperature checked before proceeding through the rest of the facility. It’s an almost dystopian sight as he interacts with employees from beyond his mask — and from at least six feet away, per social distancing guidelines — and waves, shouts out greetings, and brandishes a thumbs-up.

Eventually, Bezos can be seen in the clip striding up a set of stairs and silently surveying all the activity below him:

Today's visits by our founder and CEO @JeffBezos to say thank you to Amazon fulfillment center and Whole Foods employees. We're all incredibly proud of the thousands of our colleagues working on the front lines to get critical goods to people everywhere during this crisis. pic.twitter.com/dygb345wDM

A version of the same thing happens later in the clip when Bezos can also be seen touring a Whole Foods store, joking at one point that he’s sorry he can’t shake a worker’s hand (“a hard habit to break”).

Other than writing an open letter to Amazon employees in March that explained some of his thinking about the coronavirus crisis and what’s next for the company — including the availability of masks and temperature checks — Bezos has been somewhat quiet as the crisis has stretched his company to new limits. A banner at the top of the Amazon website, for example, still announces that the company is de-prioritizing non-essential shipments, so don’t be surprised if you order something like a book right now and it takes forever to arrive at your doorstep (a self-imposed delivery limitation that would have been unthinkable at Amazon before now).

Workers at Whole Foods, meanwhile, staged a so-called “sick out” nationwide last week to demand paid leave for workers who’ve had to quarantine themselves, as well as health-care coverage for other workers who don’t have it now. Workers at a handful of Amazon warehouses have also walked off the job in recent days to demand a better response from the company to identified coronavirus cases — and Amazon has come under intense fire for seeming to belittle a worker at its Staten Island warehouse who lead the protest there.

Amazon attributed his firing to a violation of social distancing mandates, but it was also revealed that the company was dismissive of him as “not smart or articulate.”

Among other recent moves Amazon has made beyond the temperature checks and provision of face masks for employees, both of which Bezos demonstrates in the video above, the company is also cleaning all of its facilities more frequently. Employees are also required to sanitize their work stations as they begin and end their shifts.