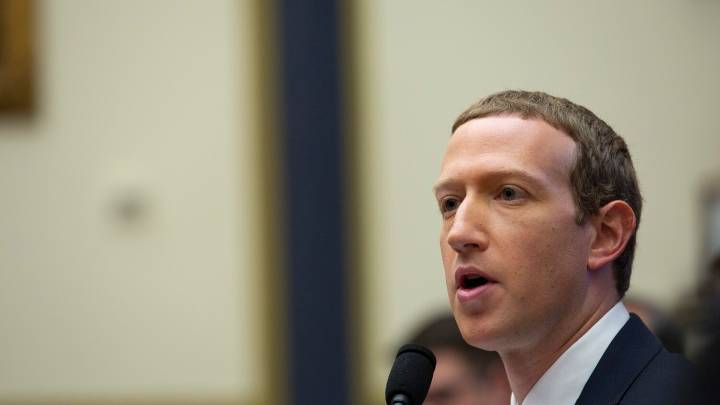 Both companies’ CEOs this week have continued taking swipes at the other, as they’ve been doing for months now, over their competing approaches to privacy and user tracking. Facebook CEO Mark Zuckerberg, for example, told analysts during the social network’s latest quarterly earnings presentation this week that Apple’s whole philosophy around privacy is not as virtuous as it sounds — that it’s really just about helping Apple’s business. “Apple may say they’re doing this to help people, but the moves clearly track with their competitive interests,” Zuckerberg said during the company’s earnings call. Apple CEO Tim Cook, meanwhile, eviscerated Facebook’s approach to privacy in a speech Thursday as part of the EU’s Computers, Privacy and Data Protection conference, without even calling out Facebook by name.

“At a moment of rampant disinformation and conspiracy theories juiced by algorithms,” Cook said, according to a copy of his prepared remarks that Apple sent to BGR, “we can no longer turn a blind eye to a theory of technology that says all engagement is good engagement — the longer the better — and all with the goal of collecting as much data as possible.

It’s long past time, Cook continued, for companies to quit pretending that choosing the above options doesn’t come at a cost, with that cost encompassing everything from more polarization to even some degree of violence.

“At Apple, we made our choice a long time ago,” Cook said.

Facebook hasn’t taken this lying down. Last month, Facebook ironically took out full-page newspaper ads to blast Apple. Ironic, in the sense that you could argue the social media giant has done more than most companies to try to kill the news business, and now it was relying on said news business to defend itself. The newspaper ads took the iPhone maker to task for new privacy features in iOS 14 that Facebook thinks might cripple its lucrative ad business — which, among other things, tracks users around the web.

On Thursday, Apple said it was speeding up the implementation of these changes, which take effect in the spring. The changes will give users more ability to limit the power of apps like Facebook to track them around the web. Facebook, meanwhile, is reportedly preparing a lawsuit over this, one that will accuse Apple of abusing its market position to hobble the social network.

Per a report from The Information, Facebook’s suit will take aim at Apple’s App Store rules that Facebook will try to claim put competitors at a disadvantage. “As we have said repeatedly, we believe Apple is behaving anti-competitively by using their control of the App Store to benefit their bottom line at the expense of app developers and small businesses,” Facebook spokesperson Ashley Zandy told NBC News, when asked for comment on the lawsuit.

Along these same lines, Apple continued its messaging war on Thursday by releasing “A Day in the Life of Your Data,” a new report that Apple says shows how companies like Facebook track users across websites and apps. The iPhone maker also shared a reminder that with Apple’s next beta update, “App Tracking Transparency” will require apps to get the user’s permission before tracking their data across apps or websites owned by other companies.

Under Settings, iPhone users will be able to see which apps have requested permission to track them, and the users will be able to make whatever changes they want right there. This requirement, according to Apple, “will roll out broadly” in early spring with an upcoming release of iOS 14, iPadOS 14, and tvOS 14.

“We believe that ethical technology is technology that works for you,” Cook continued in his speech. “It’s technology that helps you sleep, not keeps you up … And that all of this, always, puts privacy and security first, because no one needs to trade away the rights of their users to deliver a great product.”