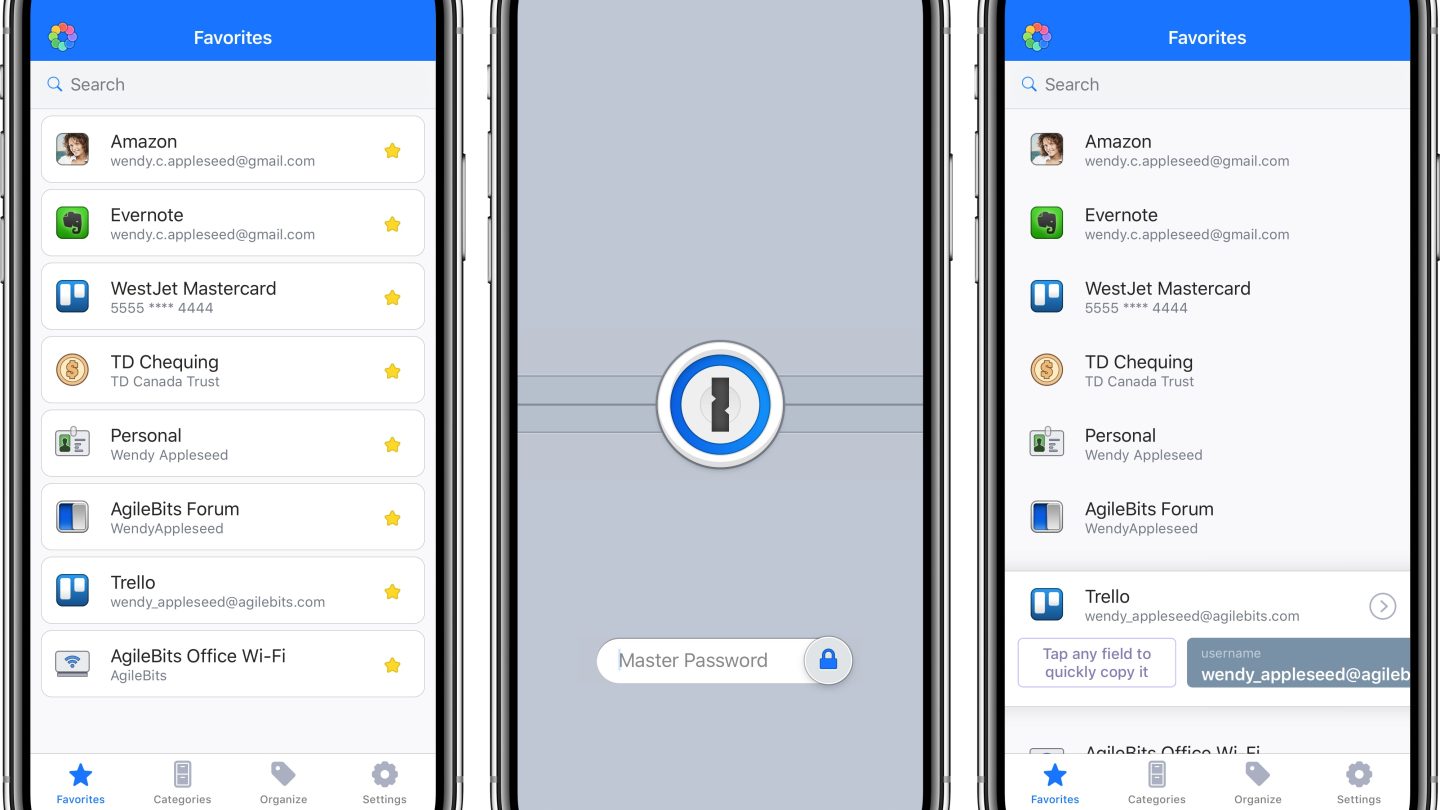 Apple acquires an average of 15 to 20 companies a year, according to CEO Tim Cook. Of that number, we only hear about a couple, as most of these acquisitions or aqcui-hires are not consumer-facing, nor disclosed. However, we have exclusively learned that Apple is planning an interesting partnership and a potential acquisition of AgileBits, maker of the popular password manager 1Password.

According to our source, after many months of planning, Apple plans to deploy 1Password internally to all 123,000 employees. This includes not just employees in Cupertino, but extends all the way to retail, too. Furthermore, the company is said to have carved out a deal that includes family plans, giving up to 5 family members of each employee a free license for 1Password. With more and more emphasis on security in general, and especially at Apple, there are a number of reasons this deal makes sense. We’re told that 100 Apple employees will start using 1Password through this initiative starting this week, with the full 123,000+ users expected to be activated within the next one to two months.

Apple had very specific requirements for this deal, code-named B2, all around, as you would expect. Some of these include a maximum 4-hour response time (SLA) through customer support for Apple employees, translations of all 1Password support pages into all major international languages, and plenty more. In fact, since AgileBits wasn’t even prepared for this kind of influx of users, the company turned to a third-party call management service that will help to provide phone support in order to fulfill the contractual requirements of the deal. Apple is also using the stand-alone version of 1Password — at first the company considered using the version that includes AgileBits syncing service that routes through cloud providers like Amazon AWS, but Apple quickly decided that wasn’t acceptable. The standalone version of the software lets users sync through iCloud, something Apple is undoubtedly more comfortable with.

While Apple is said to have a custom rate for this incredibly large deal with AgileBits, we haven’t been able to confirm what the company is paying. A standard family license goes for $60/year. If the company hypothetically secured a 50% discount, Apple would be paying around $2.5 million a year for the deal. There’s certainly a lot of revenue at stake here, and we have also confirmed that AgileBits started paying out large bonuses after this deal was signed. Not only did the top management team bonus up to the tune of six-figures each, but AgileBits also paid every single employee at the company a bonus.

1Password has been used for many years by consumers and businesses of every industry and background, so it’s no surprise Apple feels that this is a piece of software the company can rely on from a security perspective. But a looming question is why Apple would be paying millions of dollars a year for the deal instead of making an outright acquisition.

AgileBits’ annual revenue is said to be around the $5 million to $10 million range, and our source told us the company would most likely sell for two to three times revenue. Could Apple just be kicking the tires before diving in? Possibly, but it would seem unlikely at this point. Either this deal is the actual acquisition, structured in a way that provides additional annual revenue for a set number of years, or there’s something else going on. Jeff Shiner, the CEO of AgileBits, was overheard talking about the “Apple acquisition” in the glass conference room in the company’s Toronto office recently, but we have no firm details on what the context was or any specifics of the potential deal. We have reached out to both Apple and AgileBits for comment.

It would certainly be great to see Apple integrate 1Password, or some Apple-esque version of it, much like the company has done with earlier iOS acquisition Workflow and the new Shortcuts app.

UPDATE: AgileBits said in a tweet from its 1Password account that it has not been acquired and plans to remain independent. We stand behind our reporting.

Rumours of my acquisition are completely false. My humans and I are happily independent and plan to remain so.