This is incredible news about the coronavirus that no one expected

The novel coronavirus mutates just like any other virus, and there’s nothing we can do about it. A virus adapts to its host. Once the genetic material penetrates a cell and the replication process begins, all sorts of mistakes can happen that lead to mutations that might make the virus stronger or weaker. Keeping track of a virus’s genetic changes is essential because it’ll help doctors understand how the virus behaves at the cellular level and how it can be neutralized.

Vaccines are directly impacted by mutations as well. The more stable the pathogen is, the better it is for vaccines because they’ll work for a longer period of time.

The main coronavirus mutation so far is one that was first detailed several months ago. Called D614G, the mutation made the virus more infectious than the original coronavirus strain that escaped from Wuhan, China. The D614G strain was observed in Europe and the US before making its way back to Asia. Most researchers said that the mutation allowed the virus to infect cells more efficiently, but that didn’t make it more lethal. This all happened as the huge vaccine effort was underway, but it was unclear if the D614G mutation might hinder vaccine efforts. A brand new research paper now gives us potentially fantastic news about the D614G strain: It turns out the mutation might actually help make vaccines even more effective. 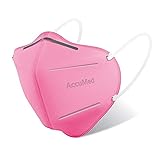 Researchers from University of North Carolina at Chapel Hill and the University of Wisconsin-Madison studied the D614G mutation, publishing their findings in Science magazine.

Like others before them, the researchers said that the D614G mutation is the dominant one right now and it’s more infectious than the original version. “The D614G virus outcompetes and outgrows the ancestral strain by about 10-fold and replicates extremely efficiently in primary nasal epithelial cells, which are a potentially important site for person-to-person transmission,” UNC-Chapel professor of epidemiology Ralph Baric said in a statement.

Also, like others before them, the researchers say the D614G strain is more infectious because the spike protein is better at locking on to cells and “opening the door” to infection. They said the D614G virus is also about 10 times faster at replicating inside cells than the original.

During their research, the scientists found an interesting behavior of the D614G strain. The mutation causes a flap on the tip of the spike to open while it’s linking up with ACE2 receptors on cells in the body. This is beneficial for the virus because it can infect cells better than before. But it’s also a vulnerability that neutralizing antibodies from a vaccine can take advantage of to block the spike from actually latching on to cells. That’s what the vaccines attempt to do, after all. The antibodies that vaccines generate will recognize the signature of the spike protein, and they’ll block it from infecting cells.

Interestingly, a different team of researchers developed a nasal spray that neutralizes the virus by taking advantage of the same flap — from our previous coverage on that experimental drug:

While some have disputed the claims that D614G is more infectious, these researchers demonstrated via a simple experiment that the mutated virus can spread and more efficiently than the original strain. The scientists used hamsters in an experiment that involved inoculating two animals with D614G and the original SARS-CoV-2 virus. They placed eight uninfected hamsters in cages next to the infected hamsters, and a divider blocked direct interaction between the animals. This way, the virus could only spread through the air.

The researchers started testing the uninfected animals on day two and found that the D614G strain was passed to six out of eight hamsters within two days. All of them were infected by day four. All of the animals were exposed to the original strain by day four, but there were no new cases after two days.

“We saw that the mutant virus transmits better airborne than the [original] virus, which may explain why this virus dominated in humans,” virologist Yoshihiro Kawaoka said.

The researchers warn that the same conclusions might not apply to humans, and the virus needs to be observed continuously. They also referred to the other, lesser-known coronavirus mutation discovered in Denmark that might hinder vaccines. “SARS-CoV-2 is an entirely new human pathogen, and its evolution in human populations is hard to predict,” Baric said. “New variants are continually emerging, like the recently discovered mink SARS-CoV-2 cluster 5 variant in Denmark that also encodes D614G.”

The first Phase 3 results for the vaccine frontrunners have already started coming in, and they’re very promising. The Pfizer drug has an efficacy of over 90%, and Russia’s controversial drug might be highly effective as well — if you choose to believe what the country is saying without offering much evidence to support its claims.