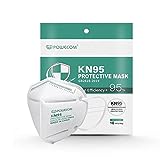 Defying science, Russia was the first to approve a coronavirus vaccine for public use in August. The country said at the time it would start its Phase 3 of testing for the experimental drug while simultaneously making it available to the general public. Many in the scientific community criticized Russia’s propagandistic approach, as the country did not even share conclusions from the early stages of clinical testing. The name of the vaccine was also a sign that Russia was more interested in the publicity than proving beyond any doubt that Sputnik V is effective against the novel coronavirus and safe for public use. The first study results were eventually released, raising even more doubts among scientists.

Pfizer and BioNtech recently released interim data from Phase 3 that says their vaccine candidate is more than 90% effective so far. The figure is a lot more promising than initial expectations. The final result might vary, but that efficacy rate gives the world plenty of hope. The flu shot has an efficacy rate of around 50%, and that’s the figure the FDA is aiming for with COVID-19 vaccines. Surprising nobody, Russia said Sputnik V is even more effective than Pfizer’s drug. But just as those announcements started making the rounds, news came in from Russia that three doctors who were vaccinated with the home-grown prophylactic have contracted COVID-19.

Interim trial results for Sputnik V showed the drug is 92% effective at protecting people against COVID-19, per Reuters. The news came from the country’s sovereign wealth fund on Wednesday. That was just two days after Pfizer announced that its mRNA vaccine is more than 90% effective. These figures mean that more than nine out of 10 inoculated people will be protected against infection — or they’ll get a milder form of COVID-19 if they do catch the disease.

The director of the Gamaleya Institute that developed the vaccine, Alexander Gintsburg, said 1.5 million Russians will get the vaccine by the year’s end. So far, around 40,000 to 45,000 Russians have been vaccinated.

But just as Russia was touting Sputnik V’s apparent supremacy in the race for COVID-19 vaccines, reports from Russia delivered a seemingly contradictory report. Three doctors who got the Sputnik V vaccine still ended up catching the coronavirus.

With any vaccine, coronavirus drugs included, there’s a risk of developing the illness after the immunization campaign. That’s why a higher efficacy is better, as more people are protected and the spread of the infection is stopped. The doctors were infected in the Altai region of Siberia, according to The Mirror, and the medics tested negative for SARS-CoV-2 a day before receiving the first shot of Sputnik V. In total, 42 frontline medical staff were vaccinated in the region. Three cases out of 42 would still amount to a 92.86% efficacy for the group.

The three doctors also might have been infected between the two vaccine doses, which are given three weeks apart. The same might happen to anyone qualifies for the first round of vaccinations. Pfizer’s drug is also given in two doses that must be administered a few weeks apart.

Since then, the health ministry admitted that the doctors might have contracted the illness despite having received one or even both shots. Again, this is a plausible scenario for any vaccine. But the initial attempt to explain the infections as having happened before vaccination looks like an attempt at a cover-up. Claiming that a vaccine is 92% effective does imply that 8% of vaccinated people can still be infected. And that includes medical personnel that has priority to immunization.

“A person is considered vaccinated and, accordingly, protected from coronavirus infection only three weeks after the second vaccination,” Russian health ministry officials said about Sputnik V. COVID-19 immunity would take six weeks to form, starting from the first shot. This is also a plausible scenario that might apply to other vaccine candidates. Immunity will not be immediate, and people will still need to be careful and wear face masks after receiving the two shots.

Russia might indeed have one of the world’s best COVID-19 vaccines, and it might indeed be 92% effective. But the country’s haste to declare a vaccine breakthrough and start public vaccinations before trials prove the drug is safe and effective will continue to hurt Sputnik V. As will incomplete stories about vaccinated people who catch COVID-19. Only time will tell how much of the data is real and how much is propaganda.

Ultimately, it’s not about who is first to launch COVID-19 vaccines. As long as they’re safe and effective, they can help contain the illness and stop the pandemic. The more shots on goal, the better and faster the world will reach herd immunity. Drugs like Pfizer’s vaccine, Sputnik V, and other promising vaccine candidates can all coexist and work towards the same goal. Aside from the US, Europe, China, and Russia’s frontrunners, hundreds of other vaccines are also being tested.