The novel coronavirus pandemic forced Apple to take its annual Worldwide Developers Conference online this year, but the company will undoubtedly still have plenty to talk about during the event. Up first, Apple senior vice president of software engineering, Craig Federighi, revealed iOS 14 and all of its new features.

As expected from the leaks prior to the event, the home screen is the focus of iOS 14. Even with folders, Apple knows that the pages on your home screen can become unwieldy and difficult to sort through, and this is where the new App Library comes in. When you scroll past your last page in iOS 14, you will now be presented with a searchable library that contains all of your apps, so you can tidy up your home screen without losing any of your favorites.

iOS 14 also introduces real widgets to the iPhone for the very first time. You can find all of your widgets to the left of the home screen, but they can also be dragged over to sit alongside your apps. The widgets come in multiple sizes, and with a feature called Smart Stack, you can stack a selection of widgets on top of each other, and it will change automatically throughout the day. Finally, there’s also a Widget Library, similar to the App Library.

Picture-in-picture video is also be added in iOS 14 — yet another long-awaited addition to Apple’s mobile operating system. If you’re watching a video on your iPhone and swipe to the home screen, the video will automatically go to PIP, and you can swipe the video to the side the hide it while the audio continues to play. You can resize the video and move it around the screen as well, so you can multitask with the video playing.

Siri’s getting a series of upgrades on iOS 14 too, including a brand new UI, which you can see above. Siri no longer dominates the entire screen when called upon, which is a change many people will appreciate. Siri can now pull up the new widgets, send audio messages, and translate between more languages. There’s even a new Translate app that allows two people to have a conversation while speaking different languages.

The improvements continue in the Messages app, which now allows you to pin conversations to the top of the app so you never lose track of your text threads with important contacts. Group messages are also set to be less confusing as it will now be possible to respond in-line directly to someone’s message, and you can mention a specific participant of the group to send an alert to them. Group messages also have a new look. 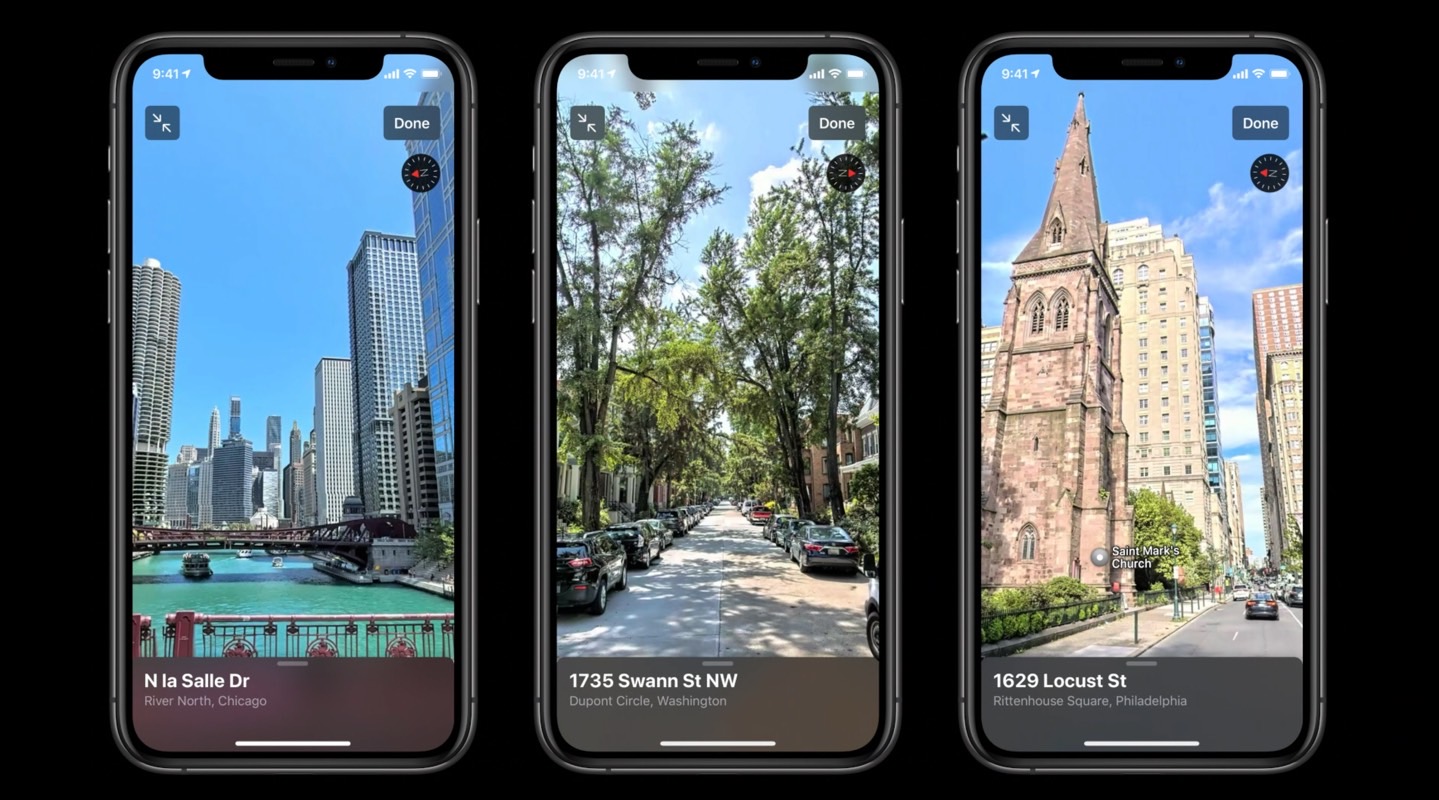 Apple’s Maps might not be on par with Google Maps quite yet, but it’s certainly getting closer, and that will continue with iOS 14. Guides are coming to Apple Maps in the update, which are curated by actual people and will be updated frequently. Maps is also getting cycling directions with detailed data, but it will only be available in select cities. Electric car routing is coming as well, pointing you to chargers on your route and more. Also, congestion and green zones will appear in Maps. Drivers in China can even store their license plate numbers on their phones and the Maps app will alert them when they can enter a congestion zone.

CarPlay is getting new wallpapers and app categories, and the leaked CarKey feature is indeed real. You can simply tap your phone to unlock your car and then place it on a wireless charger inside the car to activate a button to start your car. You can also share your key in Messages. 2021 BMW 5 Series will be the first to support CarKey.

Finally, Apple is bringing a new feature called App Clips to the App Store. As the name suggests, App Clips are small and incredibly easy to use, weighing in at under 10MB a piece so that you can download them from anywhere. Want to pay for something with Apple Pay quickly but don’t have the app installed on your phone? With an App Clip, you can access that functionality instantaneously without waiting for anything to download.

UPDATE: One thing Apple failed to mention during the iOS 14 section of the keynote is that users will be able to set third-party browsers and mail apps as default, at long last. Goodbye forever, Mail app.