It can happen to anyone to forget stuff. Whether it’s your car keys that you keep misplacing or 1,290 coronavirus deaths that you didn’t add to what you claim it’s the official tally for your country. That’s how many extra COVID-19 victim China just added to its coronavirus stats, bringing the total death count to 4,632, out of 82,695 cases, at the time of this writing.

When it all began, China was slow to confirm the extent of the health crisis. Then it changed the way it reported cases a few times, confusing western countries, some of which weren’t exactly ready to trust China to begin with. Still, with COVID-19 figures growing at a steady pace in February, it seemed as China was sharing accurate statistics. Then Italy and Spain happened, and then the outbreak hit the US. That’s when simple math threw a massive wrench into China’s COVID-19 reporting.

You don’t have to be a rocket scientist to see the massive disparity between China and the rest of the world when it comes to the total number of cases and the death toll related to the novel coronavirus. Yes, China took extreme measures, enforcing quarantines that have no match in Western countries, and it probably saved many lives. But China was just as slow to react to COVID-19 just as western markets. And that’s why its numbers started making less and less sense after the outbreaks in Europe and America.

China on Friday revised its COVID-19 stats, in what appears to be a response to recent criticism from the US and Europe regarding China’s transparency about the novel coronavirus.

Officials in Wuhan added 1,290 deaths and 325 confirmed cases to the city’s statistics, CNN reports. That’s an increase of 50% for Wuhan, whose previous COVID-19 death toll was at 2,579.

The deaths were uncounted because some people died at home in the early stages of the pandemic, officials said. Hospitals were focused on treating cases rather than reporting deaths and collecting figures from other places. That’s not an unreasonable argument to make. China wouldn’t be the only country whose figures aren’t perfect. Other states will also have to revise their numbers to take into account deaths that happened at home during this period, especially if the people who passed away displayed COVID-19 symptoms.

However, accurate statistics are crucial during any pandemic, as they can help paint a picture closer to reality. If China’s new COVID-19 deaths occurred during the early days of the Wuhan epidemic, they should have been added to the total numbers long ago. It’s irresponsible not to do it, as underreporting cases and fatalities might have a severe adverse effect on mitigating the disease. These numbers are essential to understand transmission and fatality rates and create accurate models for the evolution of a local outbreak.

Officials said they added the figures to “show “accountability to history, to the people and the victims,” and ensure “open and transparent disclosure of information and data accuracy.”

It’ll be interesting to see whether China will revise its figures again down the road.

CNN reminds us that China changed the way it counted cases three times in January and February. One of China’s more puzzling decisions was to not include asymptomatic cases in the daily counts, something we reported on in the past. Those cases were still placed in isolation. 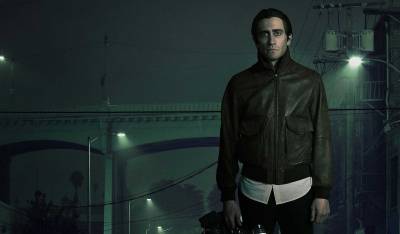