I’m not ashamed to admit it. I’m a sucker for a good, quality deepfake video — one where the entertainment value is by and large the purpose for it, mind you — and today I think I’m going to have to go ahead and crown a winner. The best one I’ve ever seen, to be more specific, and the one I’ve gotten a kick out of the most. I’m referring to the hilariously faked footage you can watch at the top of this post, which inserts Jeff Bezos and Elon Musk into a reto clip from the Star Trek TV series.

Entertaining? Check. Impressive production? Check. Realistic-looking? Obviously, but you be the judge and just go ahead and cast your eyes a few inches above these words and settle on that image of Jeff Bezos’ face superimposed onto the giant, vein-y head of an alien. The clip even plays with the pop culture exaggeration of Bezos’ many habits and personality quirks, which makes it hardly any stretch at all to imagine him as the alien being he appears to be here, marvelling at the strange behavior of the human he sees standing before him. Alien Bezos can’t seem to get over the fact that the human (USS Enterprise Captain Christopher Pike) doesn’t appreciate the captivity the alien wants to place him in. Even though it’s “pleasant and benevolent.” Almost as if he’s grasping to understand why he won’t submit himself to membership in Amazon Prime. Hey, wait … Star Trek’s “Prime” directive … it all fits! 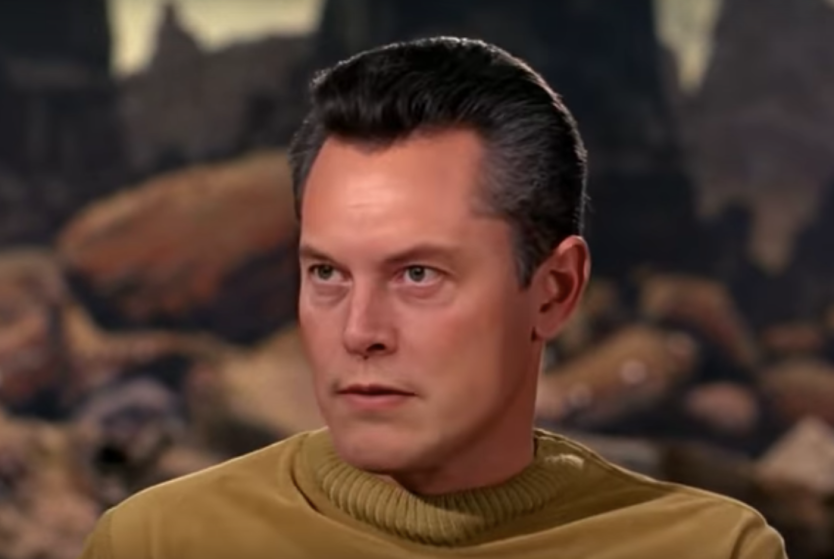 Tweet
PS5 was going to be the hottest topic at GDC, but Sony just canceled