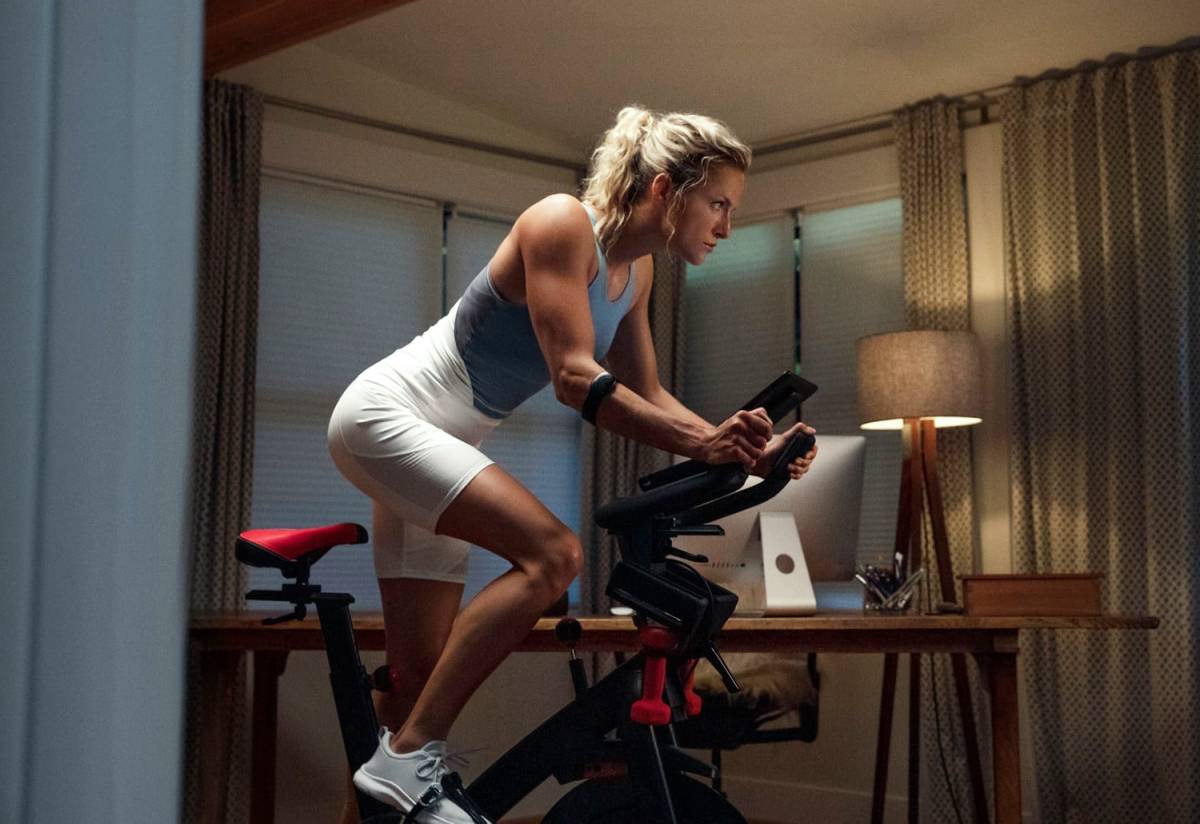 A trend has developed with workout equipment in recent years and I have to say, I’m really not a fan. In an attempt to propel their wares into the digital age, many companies that build exercise gear have decided to slap a giant display on any given piece of equipment… and then double the price. From treadmills and stationary bikes to rowers and everything in between — if there’s a way to fit an oversized display on something, you had better believe there are overpriced options out there with great big displays front and center. In fact, you can even get a $1,500 mirror now that doubles as a big interactive display.

Don’t get me wrong, I can definitely appreciate the concept behind these displays. Workout classes are popular because being in a group with a leader motivates people to work harder. When you’re working out at home, a digital subscription to a service that can recreate the experience to an extent is a smart idea. Those subscriptions carry monthly membership fees though, so the companies behind this new generation of workout gear continue to make money after the initial hardware purchase, which was never the case in the past. With that in mind, do they really have to slam people upfront with an exercise machine that costs twice as much as it should just because it has a big screen on it?

The bottom line is this: if you’re working out at home, the odds are pretty good that you’re already surrounded by displays. Your home gym equipment is likely in a room with a TV, your smartphone is definitely in your pocket or on a table nearby, and there’s probably even an iPad or Android tablet somewhere in the vicinity. With all these connected screens surrounding you, is it really worth overpaying for an exercise bike just because it has yet another screen slapped on?

If you had asked me that question a month ago, it might have been a toss-up. I do love the NordicTrack rower I reviewed recently, and its connected display is a big reason why. At the same time, that rower in my home gym also faces a TV with a Fire TV Stick 4K plugged in the back. Can the screen on the rower really do anything essential that couldn’t also be handled by an app on my TV? 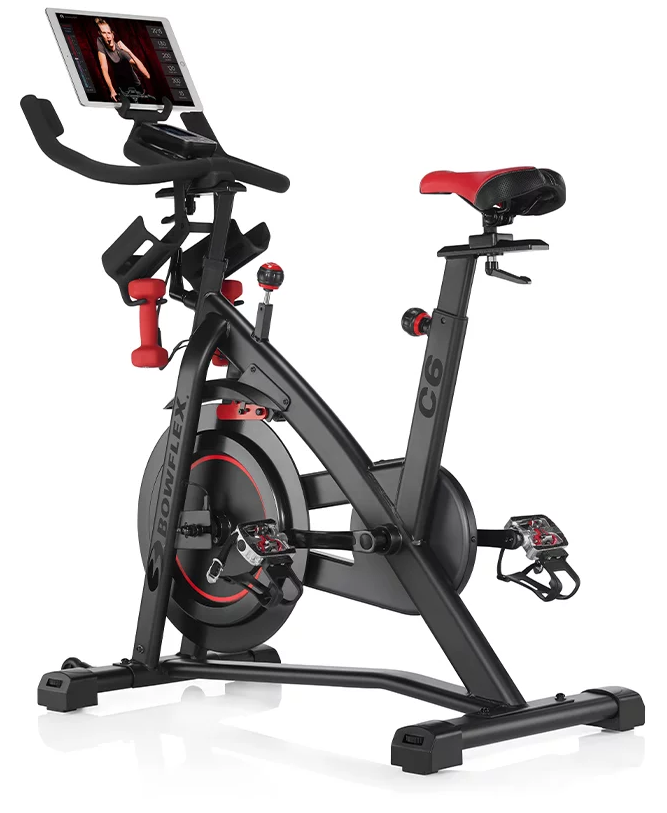 That brings me to the Bowflex C6 Bike, which I have been using ever since Bowflex sent me a unit to test. I’ve used a Peloton Bike before and I can totally understand why people are so obsessed with it. What many Peloton fans might not realize, however, is that you don’t need to spend $2,245 on a Peloton Bike to enjoy the Peloton experience. In fact, after spending time with the C6, I would argue that you can enjoy an even better experience by skipping the overpriced Peloton Bike altogether.

The easiest way to describe the Bowflex C6 Bike is as follows: it’s like a Peloton, but with a better design and no screen. I can already hear diehard Peloton fans crying, “the screen is the most important part!” I totally agree, but the screen doesn’t have to be attached to your bike. Instead of spending $2,245 on a Peloton with an attached display, you can use your smart TV or even an iPad instead. By doing so, you’ll save big on the equipment — Bowflex’s C6 Bike costs $899 instead of $2,245 for a Peloton — and you’ll have access to the same Peloton experience with a lower monthly fee. The Peloton Membership that goes along with the company’s bike costs $39 each month, while a monthly subscription to the Peloton app is only $12.99. 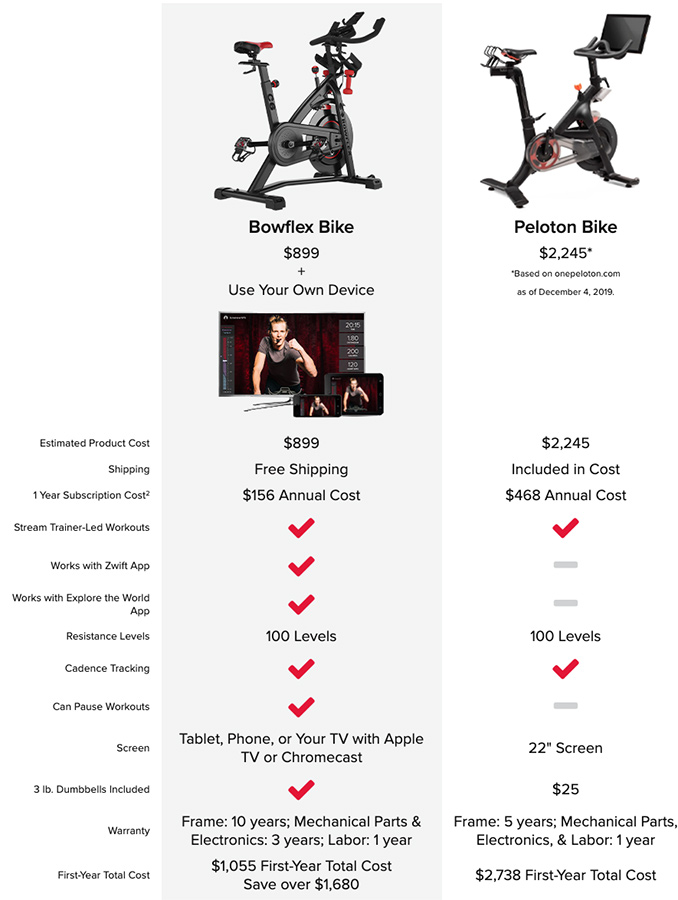 I mentioned more than once that the C6 has a better design than the Peloton Bike, and you’re probably wondering what I mean by that. Bowflex’s bike looks just like the famous Peloton model, though most exercise bikes with magnetic resistance tend to look roughly the same these days. That said, Bowflex took Peloton’s design and improved it in a number of key ways.

You get the same basic features like adjustable magnetic resistance with 100 levels and cadence tracking, but you also get some design updates that are greatly appreciated. For example, the C6 has handlebars that can adjust forward and back in addition to height adjustments, and there are even two bottle holders right beneath the handlebars for your water and dumbbells. Where the giant screen is on the Peloton, you’ll find a tablet holder if you want to use an iPad or Android tablet instead of an app on your TV.

The other big benefit you gain by opting for a bike like the C6 over a Peloton Bike is the fact that you’re not locked into any one ecosystem. Peloton is awesome and trendy right now, but that won’t always be the case. The Bowflex C6, on the other hand, can already be used with the Zwift app as well as the Explore the World app, in addition to Peloton’s app. That added versatility and flexibility makes the C6 a much better buy in the long term. 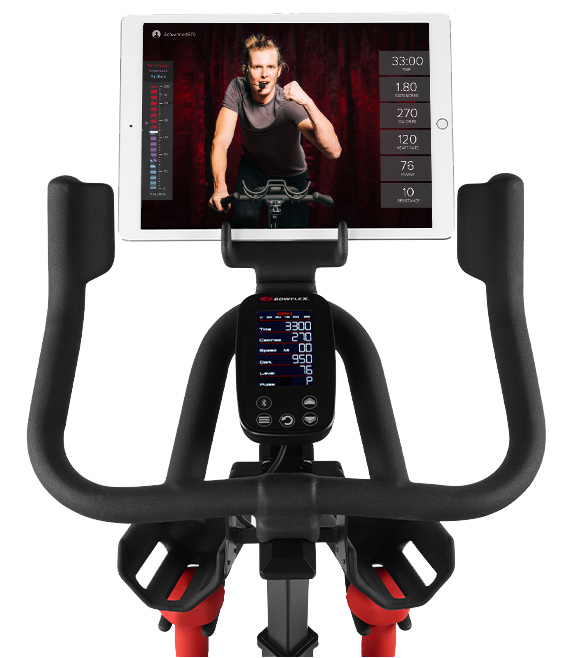 Whether I’m working out at home or at the gym, exercise bikes have been my go-to for years when it comes to cardio. I’ve used plenty of popular stationary bike models over the years and I’ve also tried Peloton’s bike several times. The bottom line is the Bowflex C6 Bike is just as good as Peloton’s in terms of design and features, but it’s the far better option when you factor in cost and flexibility.