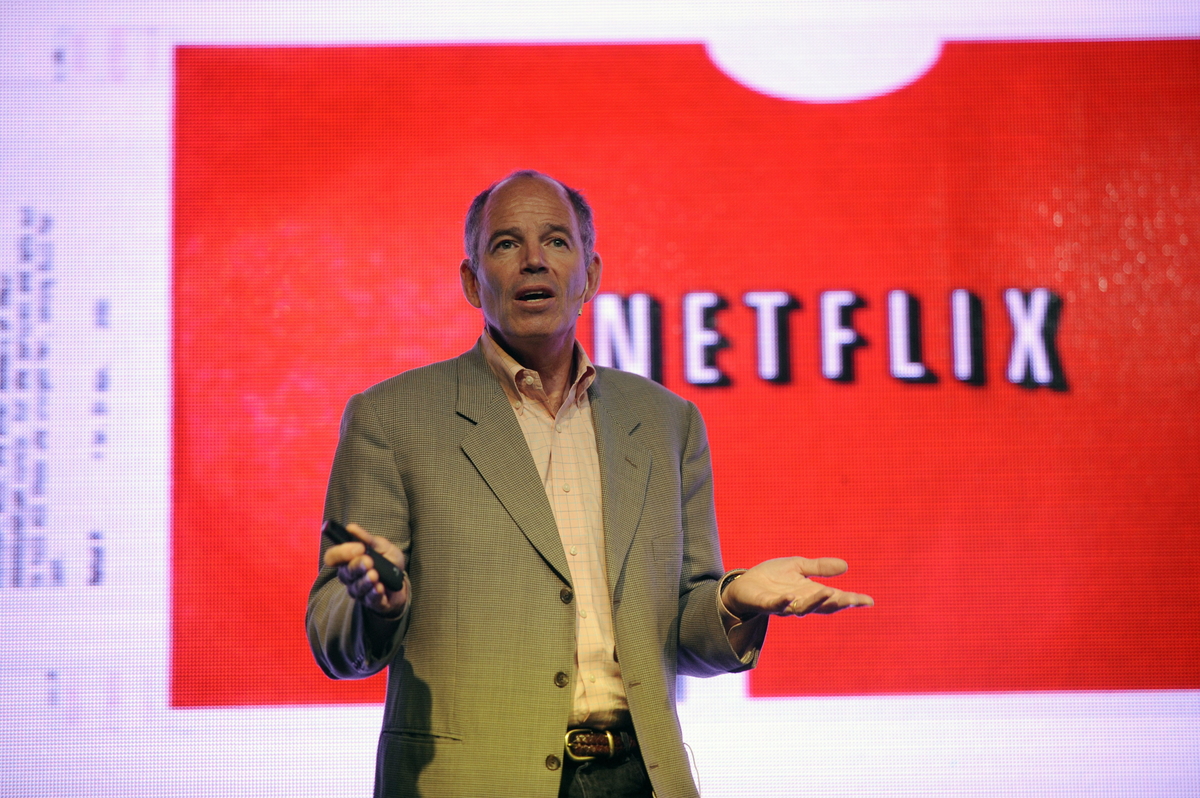 One of the big what-ifs that’s the subject of frequent analysts reports and generates so much breathless chatter when it comes to the future of Netflix has to do with whether the leading streamer will ever dip its toe into the lucrative (but supremely unloved) waters of advertising, and what would happen if it ever does. Earlier this summer, for example, analyst speculation about this very thing estimated the streaming giant could instantly generate a $1 billion windfall for itself annually should the company ever go down this road.

Netflix co-founder Marc Randolph, however, is dubious about the prospect. He’s not directly involved with the company anymore, having left in 2003, but in his new book out Tuesday which details the rise of Netflix (titled That Will Never Work) and in an interview with BGR, he details the roadmap that helped the company vanquish Blockbuster, the one-time Goliath of video rental. It’s a roadmap that also explains why the company is such a pervasive titan of entertainment today, and why ads are “a distraction” at best.

“I’d certainly be extremely surprised to ever see ads on Netflix, only because Netflix is so focused on the Canada Principle,” Randolph tells BGR, citing a philosophical idea that’s now a central pillar of the company’s operation.

The name refers directly to an early Netflix decision not to mail DVDs to Canada, with Randolph’s argument being that dealing with different currencies and other complications would serve as more of a distraction than a net positive. A principle that would later factor into other key Netflix moments, like Netflix deciding to scrap DVD sales altogether instead of reaping the larger payout from sales. And it will likewise, Randolph continues, prevent Netflix from ever giving in to the temptation to start making money from ads.

“These things which seem like low-hanging fruit never are,” he says. “Ads are a distraction, never an additive thing.”

Netflix is such a ubiquitous part of the mass media landscape today — having revolutionized video rental, popularizing the idea of binge-viewing and later kicking off the high-stakes race to fund exclusive TV content — that Randolph’s book about the streamer’s scrappy early days will likely be of interest to even the casual Netflix subscriber. In its pages, the 61-year-old executive offers a fascinating look at how the company got here, as well as what might have been.

With Reed Hastings as his co-founder, Randolph served as Netflix’s first CEO as they navigated a tumultuous set of challenges, everything from Amazon’s offer to buy the company to figuring out the right mix of incentives to offer customers to sign up for Netflix at a time when the company desperately needed to land on a solution.

“The nature of a startup is you’re always wondering what’s going to kill you next,” Randolph reminisces. “As soon as you climb up the hill, you’re exhausted, but you see a bigger hill rising up from that one. We’d get one thing right and then realize, oh, there are now so many more things.

“I think the thing that saved us is when we purely by happenstance decided to test three things for subscriptions. It was doing no due dates, no late fees, and the queue. We had all three of those as separate ideas. Reed was pushing to test them all at once. I was going, you never test three big things simultaneously. One might be a net neutral, one negative, and one positive, and you’ll never know! But we threw it all in for one test, and that instantly jump-started us.”

Randolph, who says he just finished streaming Narcos on Netflix, adds that the company was able to survive an initially well-funded, strong challenge from Blockbuster because of what might sound like a counterintuitive mission at Netflix. Whereas Blockbuster tried in vain to contort its business model to adapt to the challenge from Netflix, Randolph insists that from the beginning, Netflix “was never about renting DVDs.”

“It was always about a very singular thing — helping people find the entertainment they love. That led to us making sure we had every single DVD available. It then led to developing the Cinematch taste-matching algorithms. And then to proprietary content. It’s always been about the customer, the customer, the customer. If you look at everything that’s happened, at almost every point we’ve said this is the right thing for the viewer.”

And this is likewise what will guide Netflix into an increasingly tougher and more competitive future, as tech giants like Apple and Disney both launch Netflix rivals in November. Netflix, for its part, is losing some of its most popular third-party content like Friends and The Office soon but in 2021 it will also begin a 5-year deal to be the exclusive streaming home of Seinfeld. Meanwhile, its run of strong original content like Stranger Things continues apace.

That Will Never Work, Randolph writes, is the story about “the amazing life of an idea: From dream to concept to shared reality. And about how the things we learned on that journey — which took us from two guys throwing ideas around in a car, to a dozen people at a computer in a former bank, to hundreds of employees watching our company’s letters scroll across a stock ticker — changed our lives.”