Season 8’s shortcomings notwithstanding, HBO’s Game of Thrones was a landmark moment in popular culture whose influence is so pervasive it will remain a standard that other series are compared to for years to come. That includes HBO’s own GoT prequel series which has just started filming and will carry forward at least the televised iteration of the franchise — the forthcoming books are another story, no pun intended — for years to come.

If you want to relive any or all of the eight seasons of the original series, meanwhile, preorders can be placed now for a limited-edition Blu-ray box set that includes the entirety of the series in addition to being packed with tons of bonus content. And it’s all wrapped up in a gorgeous, beautifully designed package that’s a work of art all on its own.

Our bet is that this will definitely be on a number of Christmas wish lists this year, as the package is scheduled to release at the beginning of December. It’s a 33-disc set for which shipping starts Dec. 3, and preorders can be placed now at Walmart and Amazon. 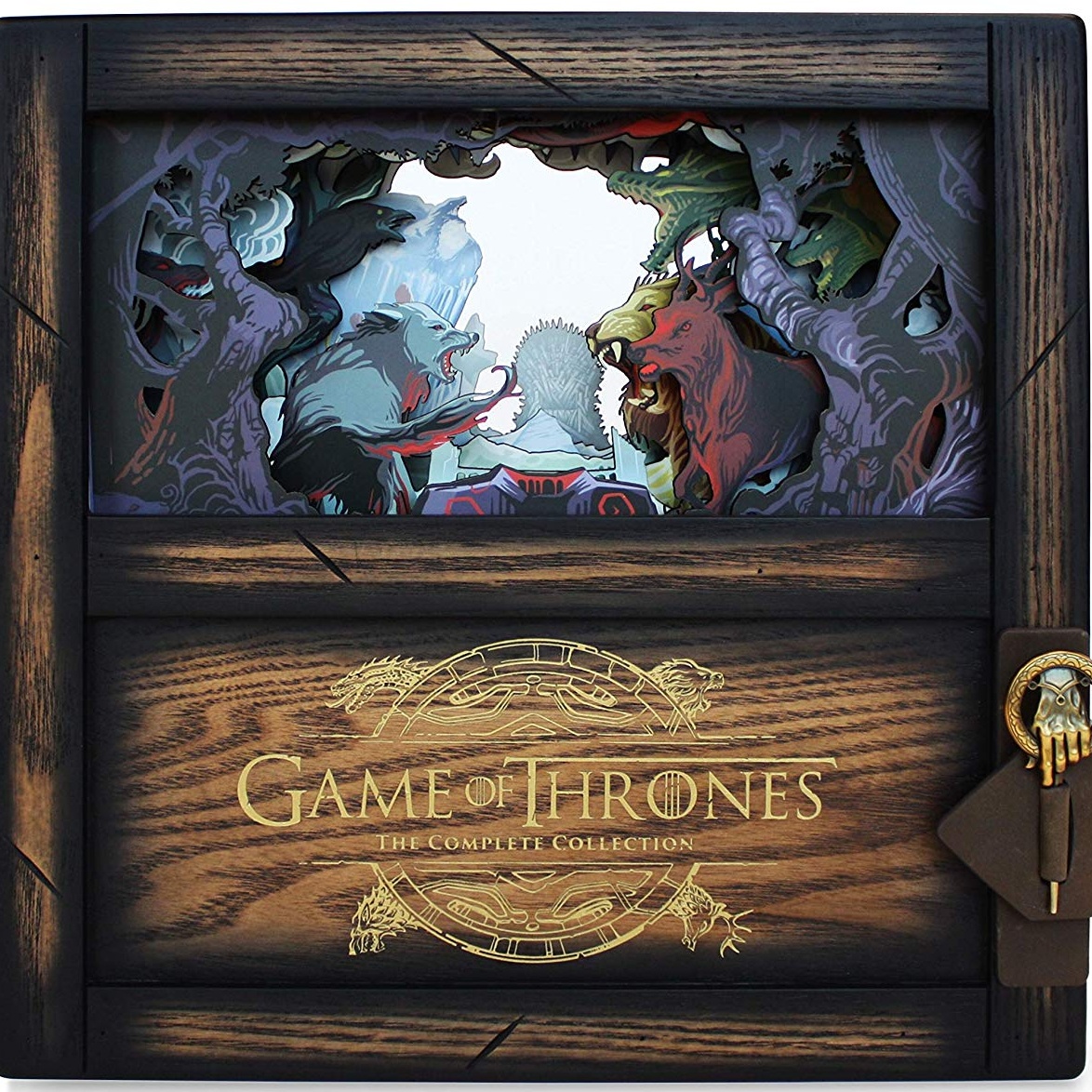 The video at the top of this post gives you a sense of the package this set is contained within. It includes a wooden “shadow box” with 3D artwork, and the set also includes more than 15 hours of bonus material.

That extra content includes a reunion show filmed in Belfast and hosted by Conan O’Brien. There’s also a half-hour special called When Winter Falls that features the GoT showrunners walking viewers through how they filmed the infamous “Battle of Winterfell” episode of Season 8. You’ll also get audio commentaries, as well as deleted and extended scenes — including several that include previously unseen footage from Season 8.

There’s a lot more included in the package, but it’s hard not to argue that all the bonus material — along with the stunning box it’s all wrapped up in — make this certainly a worthy addition to any Game of Thrones fan’s library.

Tweet
Bittersweet ‘Spider-Man: Far From Home’ spoiler reveals Tony Stark will still make us laugh from beyond the grave