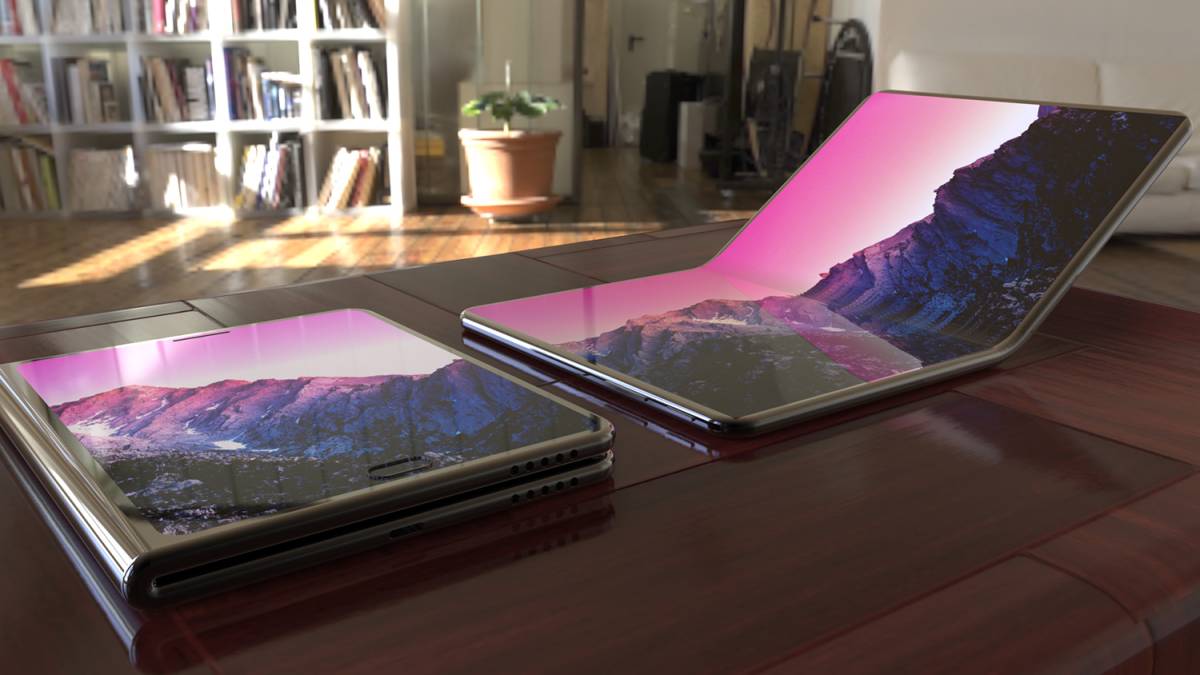 Samsung is mere months away from announcing the most exciting new Galaxy smartphone we’ve seen in years. After a year full of uninspired, iterative updates in its Galaxy S and Galaxy Note lines, the company will more than make up for its boring upgrades. The phone in question will have an exciting new all-screen design that pushes Samsung’s beloved design identity to new heights. It’ll be crammed full of cutting-edge technology and intriguing features, like an ultrasonic in-display fingerprint sensor. It’ll also be packed with as many as five cameras, offering a mobile photography experience the likes of which we’ve never seen before on a widely available flagship smartphone.

It will indeed be Samsung’s most exciting new Galaxy phone in years. In fact, it might be Samsung’s most exciting Galaxy phone ever. But no, we’re not talking about the foldable Galaxy smartphone Samsung confirmed yet again earlier this week, which has been referred to as the “Galaxy X” and more recently, the “Galaxy F.” We’re talking about the Galaxy S10, which Samsung fans should be looking forward to much more eagerly than the foldable phone Samsung is about to unveil.

As we reported yesterday, Samsung’s mobile boss DJ Koh confirmed that the company plans to announce its first foldable smartphone this year. We don’t know exactly when the phone will be unveiled, but Koh said that it would happen in 2018. Samsung and Huawei have been racing to become the first smartphone maker to unveil a production device with a foldable OLED screen, and it now looks like Samsung is about to win. That race, by the way, is the first red flag that tells us we really shouldn’t be too excited about this upcoming new Galaxy F.

When Samsung rushes products out the door, they’re almost always awful. This has been happening less frequently lately, but it used to happen all the time. Remember when Samsung rushed out its first TV with voice control solely because rumors were swirling that Apple was about to announce a Siri-powered “iTV”? It might have been the most frustrating TV ever, and that’s just one of many examples.

Even in 2018, Samsung still hasn’t caught on to the idea that being first isn’t always a good thing. It’s funny, Samsung’s success in the smartphone market is thanks in large part to its willingness to blatantly copy Apple devices and its strategies, and yet Apple is famously almost never first to market with a new product or feature. Apple doesn’t do things first, it does them best.

Samsung has been working on a foldable smartphone for years, and it has run into all sorts of problems with the device’s design. First Samsung said its folding phone was supposed to launch in 2017, then it was pushed back to 2018 before being delayed yet again to 2019. Samsung has been all too quiet about its foldable Galaxy phone lately. In fact it wasn’t until Huawei began making claims that it would be first to market with a folding smartphone of its own that Samsung began talking about the device again. That’s another huge red flag: Samsung appears to be more concerned with announcing its folding Galaxy phone than it is with finishing and launching it.

Even when it finally does hit store shelves though, we shouldn’t get our hopes up. Why? Because Samsung is famously terrible at first-generation products. The company’s strength is refinement. Just look at its current Galaxy S and Galaxy Note smartphones. Early models were cheap-feeling piles of plastic that were shameful compared to Apple’s iPhones. Now the Galaxy S and Galaxy Note have what is perhaps the most gorgeous design on the market. It took years for Samsung to refine its designs and get the Infinity screen just right. Remember how awful Samsung’s first phone with a curved screen was? It was stupid and useless, and it never should have existed.

Wait, we’re not done yet — there’s something else you need to know about the Galaxy F, or whatever Samsung ends up calling its first foldable Galaxy phone: it’s going to be insanely expensive. Rumors suggest it could end up costing close to $2,000 when it’s finally released. Samsung charges as much as $1,250 for a Galaxy phone with almost the exact same design as last year’s Note 8, so a foldable phone with a price tag approaching $2,000 certainly doesn’t seem outside the realm of possibility.

Our own inside sources have raised even more red flags, but we can’t report on most of what was said behind closed doors. We can say we’ve been told that the phone will be in very short supply when it’s released, though. We can also say we’ve been told that prototypes of the folding Galaxy phone have been “uncomfortably thick” when folded, which is another reason to wait; future generations of foldable Galaxy phones will be much thinner and more compact overall.

It would be great if we’re wrong. We’d love to see a foldable Galaxy smartphone with a great modern design. We’d love to see a phone isn’t being rushed out the door by Samsung executives eager to claim “first” like a troll in the comments section of a blog. It doesn’t seem like that’s the case though, so we suggest Samsung fans do their best to maintain perspective and not get their hopes up too much.