I remember my inbox in the weeks following Apple’s iPhone 7 and iPhone 7 Plus launch this past September. It was flooded with emails from angry Apple fans who were upset that they were unable to get their hands on the company’s latest and greatest smartphone in the hot new Jet Black color Apple had added to its lineup. On stage, Jet Black looked absolutely incredible. The glossy mirror finish created an effect that appeared as though the phone’s screen had no borders, wrapping all the way around the device. It was gorgeous, and people wanted it desperately. Unfortunately, the manufacturing process was very complex and supply was insanely constrained for months. As a result, many people in search of a Jet Black iPhone refused to wait and instead opted to buy the other new color Apple had introduced on its iPhone 7 lineup.

At the time, people were angry. But fast-forward to today, and many of those same people will likely breathe sighs of relief when they see what a Jet Black iPhone looks like after two months of use.

That post caused a lot of buzz, and we’ve gotten plenty of feedback from Jet Black iPhone 7 and iPhone 7 Plus owners who say that their own handsets look the same. Beyond that, another user took to Reddit to share a photo of what his Jet Black iPhone 7 Plus looks like after just two months of use without a case. Redditor “lemonviking” posted a photo on Tuesday that shows his caseless Jet Black phone at the perfect angle to the light so that the scratching and swirling are as visible as possible. 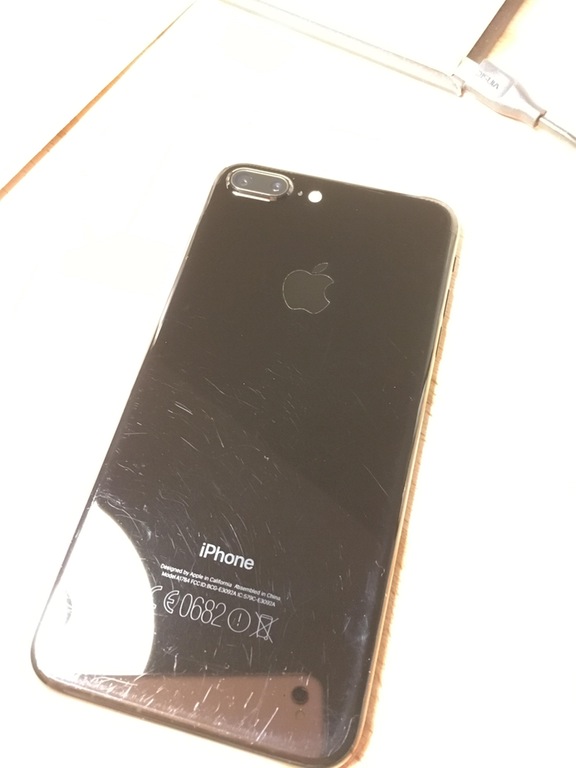 As the Reddit user noted in his post, the scratching on the Jet Black finish is most visible at certain angles to the light. At other angles and away from bright lighting, the phones still look great. In fact, in ideal lighting and at the right angle, they look like a real-world version of the black hole in Interstellar. Jet Black truly is a gorgeous finish… now, if only Apple can find a way to make it more durable.

Tweet
Here’s the BlackBerry Mercury, the QWERTY Android phone of your dreams (or nightmares)