T-Mobile was the first US carrier to announce a massive iPhone 7 Black Friday promotion, and other carrier soon followed. Sprint and Verizon already announced promos meant to match T-Mobile’s offer, and AT&T finally unveiled its own Black Friday 2016 sales. The carrier will give you a free iPhone 7 as well, but with a huge caveat that many people aren’t going to like.

The iPhone 7 is free after bill credits if you sign up for an AT&T Next plan of at least $50… but you also have to be a DirecTV subscriber, or you’ll need to sign up for a DirecTV plan of at least $29.99 before November 30th. The iPhone 7 Plus is also included in the promo, but you still get only $650 in bill credits over 24 months if you choose the phablet — that’s the price of an unlocked 32GB iPhone 7, by the way, so the cheapest iPhone 7 Plus will still cost you $130.

Just like its rivals, AT&T is offering other non-iPhone deals this Black Friday season.

If you buy last year’s Galaxy S6 on an AT&T Next plan, you’ll be eligible for a free $200 AT&T Visa Reward Card. Get this year’s LG G5 and you’ll get a $300 card. In either case, you’ll receive the card after 8 weeks in good standing.

Other AT&T Black Friday deals include a free LG G Pad X 8.0 tablet when purchased with a two-year wireless agreement, $74.50 JBL Under Armor Bluetooth Earbuds (save $74.50), 25% off refurbished smartphones, and 25% off smartphone cases.

Updated to clarify that the offer is available to current DirecTV subscribers as well. 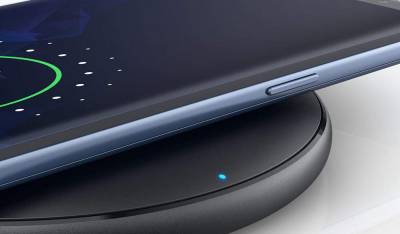