Pokemon Go Halloween event kicks off with some unannounced surprises

We’re still a few days away from celebrating Halloween in the real world, but the holiday event has already begun in Pokemon Go. As Niantic revealed on Monday, Pokemon Go will be extra spooky (and extra generous) from October 26th through November 1st, offering double candy rewards and increased Ghost Pokemon sightings. But now that the event is live, trainers are discovered a few secrets that weren’t announced by Niantic in the original post on Monday.

FROM EARLIER: Daily quests are coming to Pokemon Go

Along with the seven Pokemon that Niantic said would appear more often during the event (Gastly, Haunter, Gengar, Zubat, Golbat, Drowzee and Hypno), trainers are also seeing an increased number of Cubones, Marowaks and Meowths, bumping the number of frequent spawns from seven to ten.

Along with the bonus Pokemon, Niantic has also updated the loading screen to get trainers into the Halloween spirit. It’s a minor addition, but a welcome one: 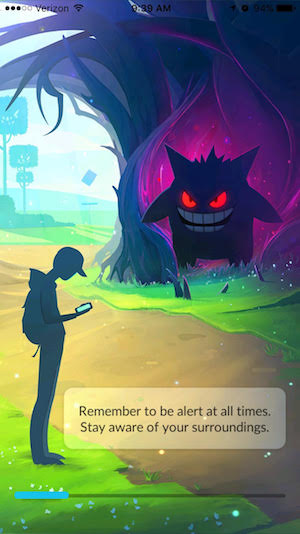 Finally, the folks over at The Silph Road community have confirmed that although catches, transfers and hatches will net you double the candy, evolving a Pokemon does not. Also, while lures and incense will attract Halloween Pokemon more frequently, regular Pokemon still spawn at their nests.

We’ll be keeping an eye out for any other unannounced changes, but for now, get out there are catch some spooky Pokemon. And if you need any help finding them, you can always load up the recently resurrected FastPokeMap tracker.