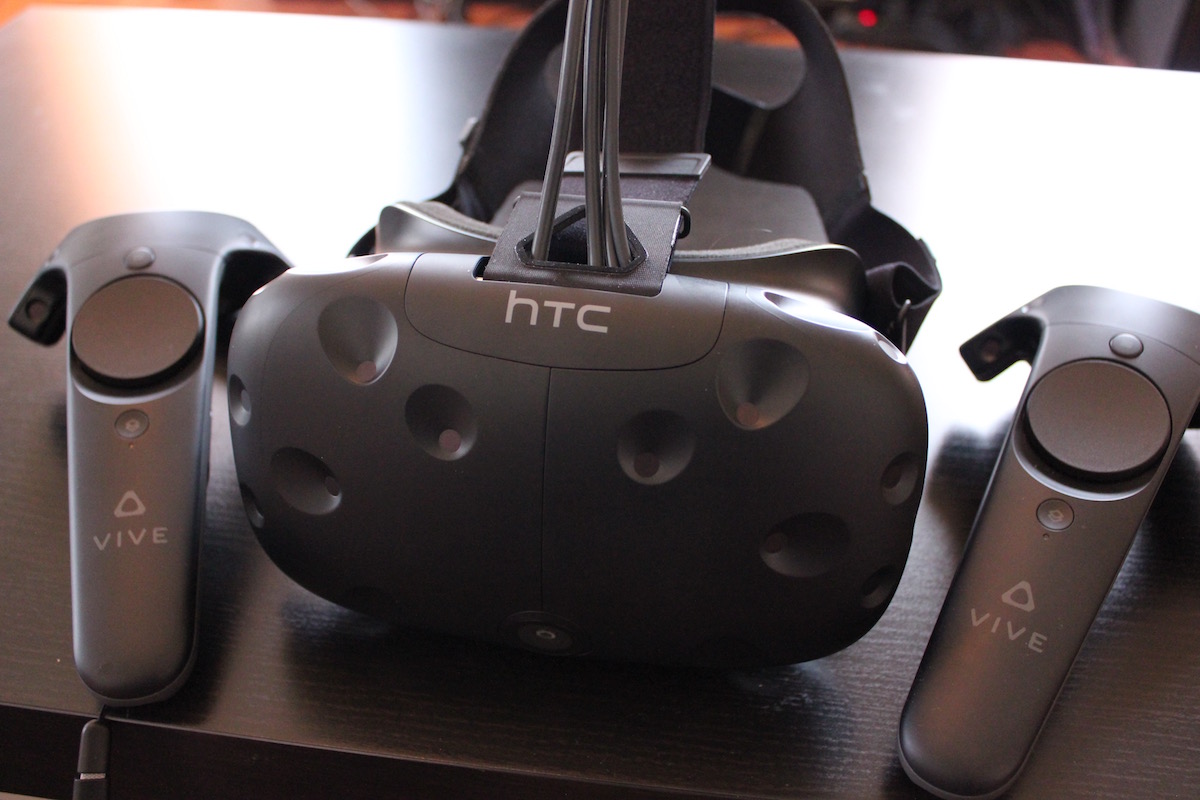 Over the past several years, I’ve had the opportunity to play around in virtual reality dozens of times. Whether it was a 360-degree movie on the Oculus Rift or an intense car chase on PlayStation VR, I was always entertained. But until I got my hands on an HTC Vive, I never realized that VR might actually be the next big thing.

DON’T MISS: Play the original ‘Legend of Zelda’ in 3D on your browser for free

If you’ve been on the internet at all this week, you’ve probably already seen countless reviews for the Vive floating around. HTC was kind enough to send us a review unit as well, but sadly, my graphics card decided last week would be a great time to take an extended vacation. After some tinkering, I managed to bring the PC back to life on Tuesday, and promptly spent every minute of free time I had inside the Vive.

I’ll go into greater depth about the setup process in my full review, but to put it bluntly, setting up the Vive is a nightmare. There are cables and cords and sensors and controllers, and you basically need to cordon off a section of your home in order to create a play space large enough for the Vive.

But trust me, it’s worth the hassle.

I’ve had trouble wrapping my head around the VR partnership between phone maker HTC and video game publisher Valve ever since it was announced, but the two appear to work incredibly well together. Once everything was plugged in and I’d finished explaining to my roommate why the living room was suddenly devoid of furniture, I strapped into the Vive and began the tutorial.

If you haven’t had a chance to don a head-mounted display (HMD), you might find it hard to visualize this next part. My living room disappeared and I was suddenly inside of a huge, stark white warehouse.

Here’s where the partnership comes into play. Not only was the monstrously large HMD relatively comfortable on my head, but the world in which I’d been placed was suddenly bursting with personality — specifically, a personality core from the Portal series, which appeared to explain how to use the controllers.

It might sound like an odd partnership, but HTC knows how to design a product and Valve knows how build an interactive experience.

Once I was comfortable with the controllers, I pressed the menu button to jump back out to Steam, which serves as the VR hub for the Vive. Considering how impressive the tutorial was, I figured that The Lab (Valve’s only first-party game/experience for the VR platform so far) should be the the first game I try.

I open the game, the iconic Valve music plays, and suddenly I’m on top of a mountain. There’s a small robot dog circling my feet. After some exploration (which involved pointing my controller at set warp points around the side of the mountain), I was handed a floating blob. I was told to bring it to my face, which I did.

At this point, I was transported to a laboratory, filled with odd structures and several other floating blobs. Having not read anything about The Lab prior to playing it, I didn’t realize it was a series of tech demos showing off some of the Vive’s capabilities. So I had the pleasure of exploring at my own pace, discovering each experiment in the lab as I came to it.

One experiment took me inside an arcade machine, where my controller became a spaceship and enemies began spawning all around me. Rather than use a joystick to avoid enemy fire, I had to actually wave the controller around, picking up power ups and taking down as many baddies as I could before getting hit.

After my inevitable death following the first boss fight, I returned to the lab. Other experiments included a gorgeous 3D home with some heavy fantasy inspiration, an archery simulator which actually made my arms sore, an Angry Birds-inspired game and a detailed CT scan of a human body.

Once I’d finished exploring all of the pocket universes that Valve had built for The Lab, I was hungry for more. I wanted a full VR experience, something to rival Grand Theft Auto V or The Witcher 3 or Super Mario Galaxy.

Hours later, I’d played over a dozen Vive games, including Cloudlands: VR Minigolf, Universe Sandbox, Final Approach and Job Simulator. They were all incredible in their own right, but this early in the Vive’s lifespan, there’s just nothing comparable to a $60 title you’d buy for Xbox One or PlayStation 4.

That said, the potential is awe-inspiring. If I could spend nearly an entire day locked in a VR world full of demos and minigames, there’s no doubt in my mind that I could do the same with a full-fledged game.

Tweet
You can play PS4 games on your PC starting today