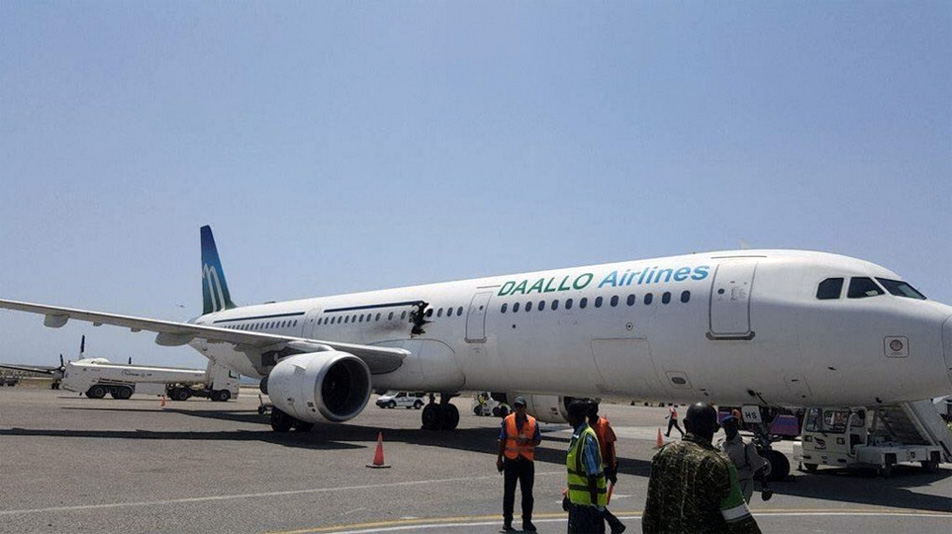 It’s nothing short of astonishing that 64-year-old Vladimir Vodopivec managed to land safely after a mid-air explosion ripped a hole in the fuselage of the Airbus A321 he was piloting on Tuesday. But because he kept his cool amid the chaos, the plane’s 74 passengers and crew all survived to tell the tale, and one man even managed to film video of the interior of the plane as it barreled through the sky with a gaping hole in the side of the cabin.

We have seen our fair share of frightening flight videos. For example, here we can see a plane make an emergency landing on a California street, and here we can see seven scary crash landings that were all caught on video. But we’ve never been given a first-person view of the inside of a passenger jet after an explosion tore apart its interior.

Somali officials confirmed to The Associated Press that only two passengers were injured and none were killed after the Daallo Airlines flight made an emergency landing.

While it’s still unclear what caused the explosion that tore a large hole in the plane’s fuselage, unconfirmed reports suggest that it may have been a bomb. Somalia’s deputy ambassador to the UN Awale Kullane, who happened to be aboard the flight, posted a note on Facebook stating that he “heard a loud noise and couldn’t see anything but smoke for a few seconds.” He later deleted the post.

The footage captured by a passenger does not show the moment of the explosion, but it does show the interior of the main cabin following the event. Air masks can be seen dangling from the roof of the cabin and an eerie calm can be observed. After a period of time, passengers begin moving toward the rear of the cabin in preparation for an emergency landing.

Experts have said that either a bomb or pressurization blowout could have caused the explosion above the Daallo flight, but the plane’s captain was not shy in sharing his opinion.

“I think it was a bomb,” Vodopivec was quoted as saying by Belgrade’s Blic. “Luckily, the flight controls were not damaged so I could return and land at the airport. Something like this has never happened in my flight career. We lost pressure in the cabin. Thank god it ended well.”