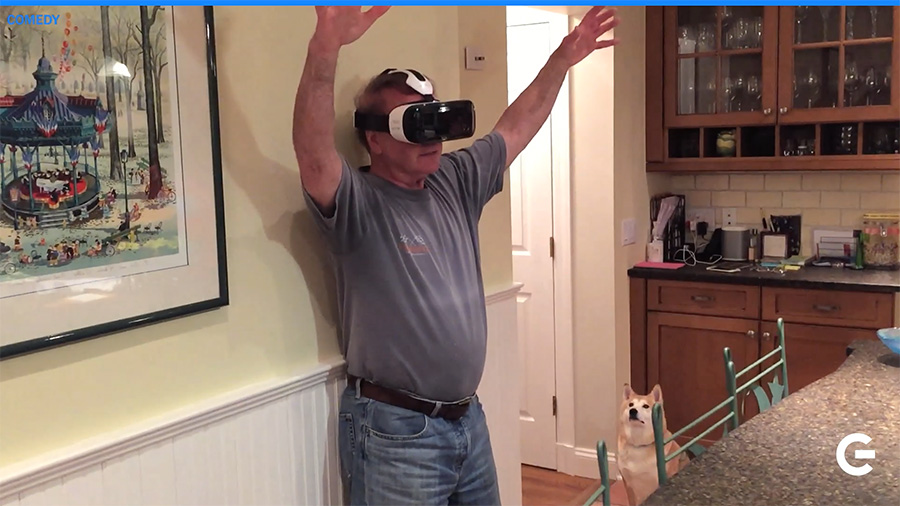 Have you ever just wanted to test a new gadget or phone on an unsuspecting member of your family? I was so impressed with Samsung’s new Gear VR virtual reality headset that I brought it over to my parents’ house for them to try. While both my mother and father were equally blown away, my mother acted like a normal person throughout the demo.

My father did not, and so I filmed it to share with the world.

Words can not describe how much this video makes me laugh, so instead of talking about it anymore, just watch it for yourselves.

Also, NSFW. My family curses a bunch, as is very apparent in the video, but I wanted to give you a heads up in case you’re at work or have an issue with that.

And lastly, if the Gear VR wasn’t enough, I also captured video of my 72-year old father talking about robots, artificial intelligence and the end of the world as a bonus. Score.