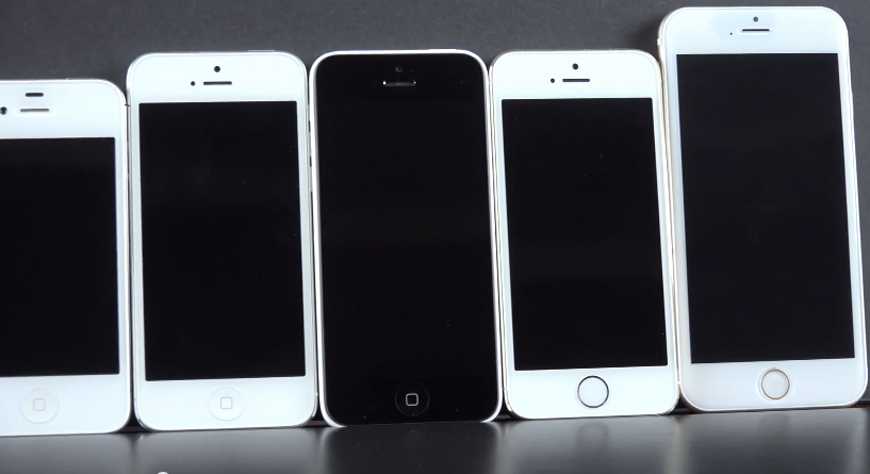 The latest installment in the ongoing series of iPhone 6 leaks is perhaps one of the most interesting yet. We have seen many models of the iPhone 6 created using schematics that were supposedly obtained from Apple’s manufacturing partner Foxconn, and we’ve seen them compared to various other smartphones in an effort to give future buyers a good idea of what they can look forward to.

Now, however, an iPhone 6 mockup has been compared to every other previous iPhone model in a high quality, high-definition video for the first time.

Earlier this week, we saw Dickson publish a massive gallery containing still photos of the comparison, and now we can see it in much greater detail thanks to this video, which is available in up to 4K resolution.

According to top Apple analyst Ming-Chi Kuo of KGI Securities, Apple plans to release a completely redesigned iPhone 6 in September or October this year. The device will feature a 4.7-inch display, an A8 processor and NFC. Apple will reportedly then launch an even larger new iPhone with a 5.5-inch display sometime ahead of the holidays.

In the meantime, the video comparison follows below.