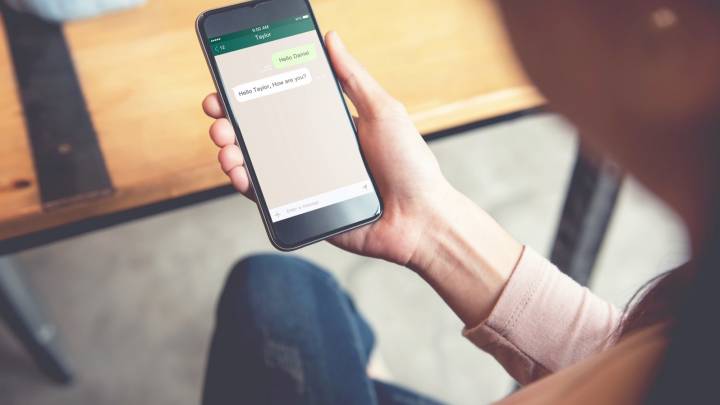 After trying to appease unhappy WhatsApp users for the past few months, Facebook rolled out its new terms of service on Saturday. The privacy policy change was announced last year and was originally set to be implemented on February 8th. But Facebook had to deal with a massive backlash from users in early January when WhatApp users received notifications about the upcoming changes. They were told to accept the new privacy policy or risk losing access to the service.

Tens of millions of people downloaded competing chat apps Signal and Telegram, forcing Facebook to reconsider. The social network delayed the privacy policy change rollout to May 15th and started a massive information campaign to explain to WhatsApp users that end-to-end encryption will remain enabled by default on chat and calls to alleviate concerns about the planned changes. But not all WhatsApp users were confused. Many knew Facebook wanted more data from WhatsApp, and Facebook never perfectly explained why it needed more WhatsApp data.

After a German regulator issued an injunction to prevent Facebook from processing WhatsApp data in the country for the next three months, the Indian government is calling for Facebook to withdraw the new terms of service completely.

Facebook said earlier this year that it would collect WhatsApp data only when users choose to conduct e-commerce via the platform. But if e-commerce features are optional for WhatsApp, the new privacy policy isn’t opt-in. Users can only postpone accepting it. Facebook said a few days ago that it would not delete WhatsApp accounts that do not agree to the new terms, but WhatsApp functionality will be significantly crippled and could lead to account termination in the future.

The Indian government directed WhatsApp to remove the planned update via a letter on Tuesday that TechCrunch saw.

“In fulfillment of its sovereign responsibility to protect the rights and interests of Indian citizens, the government of India will consider various options available to it under laws in India,” the letter from India’s Ministry of Electronics and Information Technology (MeitY) reads.

India is Facebook’s largest WhatsApp market with over 450 million users. The ministry has given Facebook seven days to offer a “satisfactory” response.

This isn’t the first time the Indian government is taking action against the new WhatsApp privacy change. The country is pursuing a legal case in the Delhi High Court and conducting an antitrust probe. Previously, the government expressed “grave concerns” over the planned update.

The ministry has asked Facebook why it needs to enforce the new changes in India, when European Union users are exempt. “It is not just problematic, but also irresponsible, for WhatsApp to leverage this position to impose unfair terms and conditions on Indian users, particularly those that discriminate against Indian users vis-à-vis users in Europe,” the ministry wrote.

Facebook said in previous comments that the new privacy changes would not apply to EU and UK users. However, the privacy policy change is rolling out in Europe as well. A few days ago, Facebook said it would go forward with the update in Germany, despite the injunction.

Facebook said last week that most WhatsApp users have already agreed to the new privacy policy changes. The service has more than 2 billion active monthly users worldwide, and WhatsApp is the world’s biggest chat service.

Personal data shared with Facebook includes WhatsApp phone numbers and location, the TechCrunch report notes. A different report said that Facebook’s WhatsApp policy change is a key development for Facebook, which wants to turn WhatsApp into a one-stop-shop that would serve different purposes on top of instant messaging and calls. Facebook reportedly wants WhatsApp to become a WeChat equivalent that can offer users access to commerce features and entertainment. WeChat is the most important chat app in China, handling all sorts of aspects of one’s digital life.

WhatsApp is Facebook’s most expensive purchase to date. Facebook paid nearly $20 billion for the chat app several years ago, and it’s yet to recoup its initial investment.