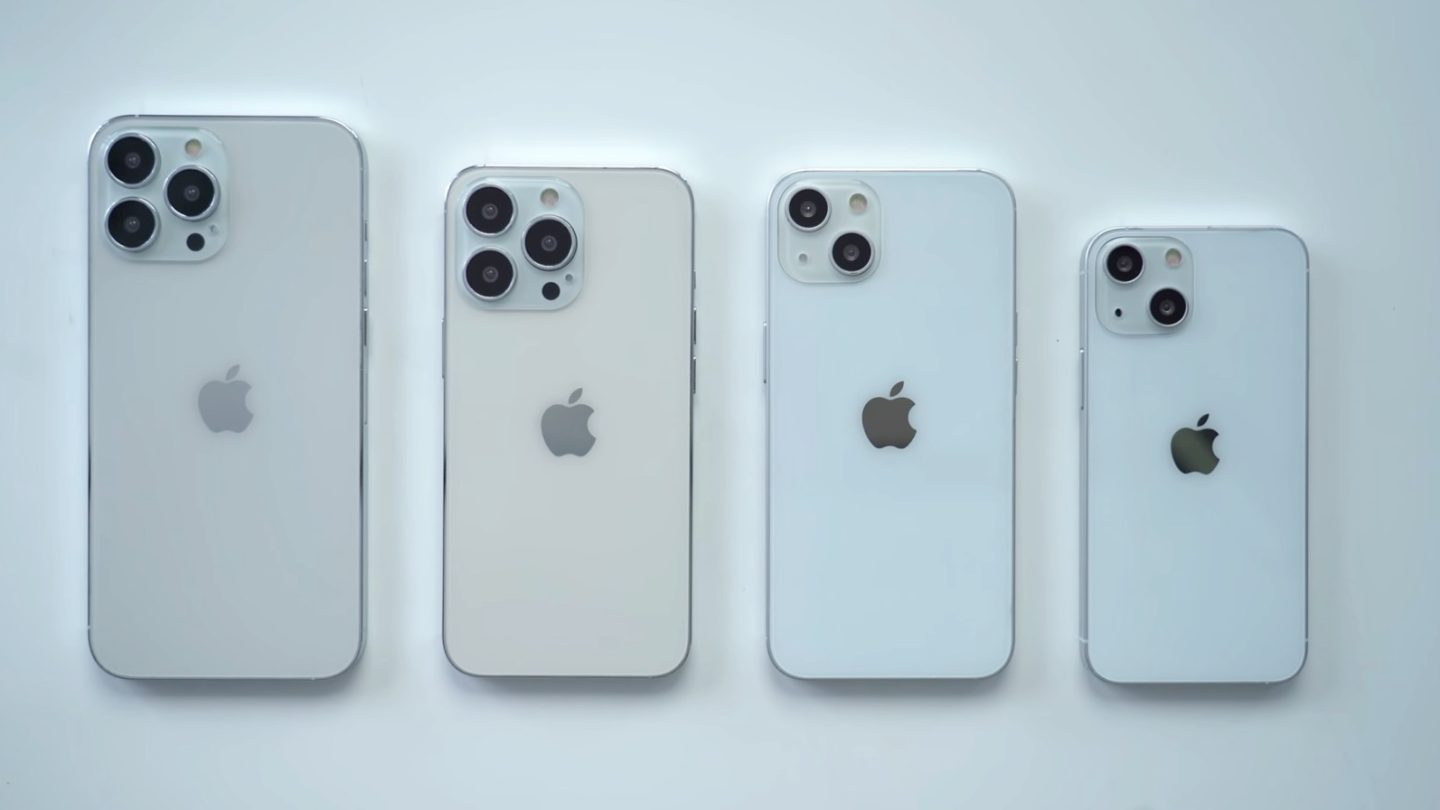 Apple is fighting leakers harder than ever, but the iPhone leaks are still getting through. As is always the case this time of year, iPhone 13 dummy units showing the purported design for the next-gen handset series are out in the wild. These dummy devices aren’t functional, as the name suggests. They’re based on rumors and leaked schematics, and they’re always extremely accurate.

As we get closer to mid-September, an increasing number of people get their hands on iPhone 13 dummy units and molds. Unsurprisingly, the latest batch of iPhone 13 mockups deliver the exact design details we can expect when the real 2021 iPhones are released.

Assuming Apple hasn’t run into any production delays during the iPhone 13’s development cycle, we’ll see new iPhones introduced in mid-September. Apple announced in late July 2020 that the iPhone 12’s launch would be postponed. The announcement came during the company’s quarterly earnings call, confirming the iPhone 12 delay rumors. The first year of the pandemic came with prolonged lockdowns and travel bans that impacted production plans. 2021 is much different, and no reports have pointed to an iPhone 13 delay. Apple will probably disclose any launch delays for this year’s iPhone during the upcoming earnings call.

The iPhone 13 will feature almost the same design as the iPhone 12. But that doesn’t make production any simpler. The iPhone 13 won’t be a perfect iPhone 12 copy, and that’s what all these dummy leaks tell us. Apple won’t just assemble similar parts to make the new device.

The general look remains unchanged, as seen in these images from MacRumors. The iPhone 13 will have the same flat screen and flat edges as its predecessor.

But there are notable differences between the two iPhone generations, as seen in the hands-on video at the end of this post.

The iPhone 13 phones should feature a smaller notch than before, although this particular design detail isn’t immediately evident in the dummy units.

The camera module on the back is significantly larger than before. All iPhone 13 phones will supposedly receive the same sensor-shift camera as the iPhone 12 Pro Max. That’s a larger lens that explains Apple’s need to increase the module’s size. It can also explain the new diagonal camera layout on the iPhone 13 and iPhone 13 mini.

Other iPhone 13 design changes seen in these hands-on images concern the buttons and SIM tray placement. They’re not in precisely the same positions as on the iPhone 12. Combined with the camera changes, this design detail will make recycling cases virtually impossible.

Another iPhone 13 design element that’s not immediately visible concerns the phones’ thickness. All four devices should be imperceptibly thicker than their predecessors. But that’ll be enough for Apple to increase the battery capacities. The height and width should be identical to iPhone 12 models.

As always, there’s no way to verify the accuracy of these iPhone 13 dummy units. Whoever made them might have been working with incorrect information. But, as MacRumors points out, dummy units that appear this late in the game are usually accurate. The full video follows.