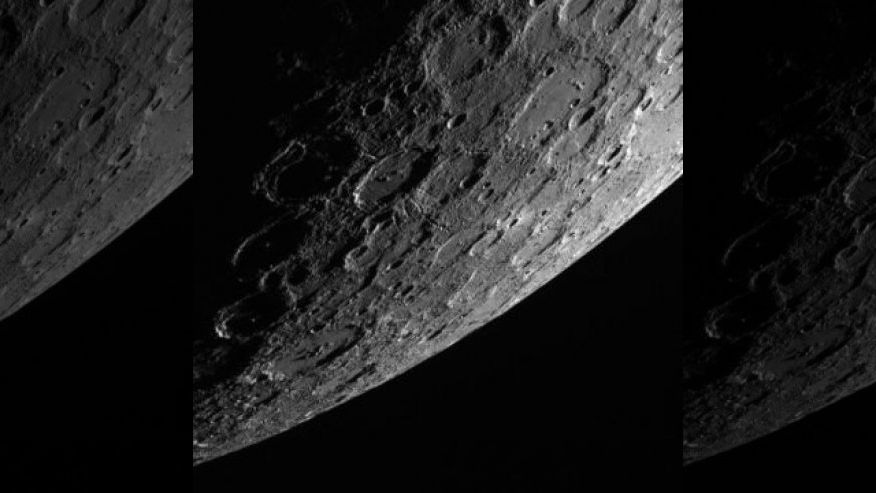 Parts of Mercury’s varied surface came from melted material over 200 miles deep inside the planet near the core-mantle boundary, NASA scientists found.

The tiny planet of Mercury, the closest to the Sun, has a surface that spans different ages. The Northern Volcanic Plains date to about 3.7 or 3.8 billion years ago, while another region dates to over 4 billion years of age.

In order to better understand how the planet’s surface got to be the way it is, scientists conducted research on Earth, subjecting a chemical mix to high pressures. From those experiments, the scientists discovered that the older parts of Mercury’s surface formed deep inside the planet.

“The key finding is that by varying pressure and temperature on only one type of composition, we could produce the variety of material found on the planet’s surface,” Asmaa Boujibar, the first author on a new study about the planet’s surface, said in a statement. “These findings indicate that the older terrains are formed by material melting at high pressures up to the core-mantle boundary, while the younger terrains are formed closer to the surface.”

Mercury’s core-mantle boundary is about 249 miles beneath its surface.

One year on Mercury takes just 88 days, and temperatures there get as hot as 800 degrees Fahrenheit, NASA says.