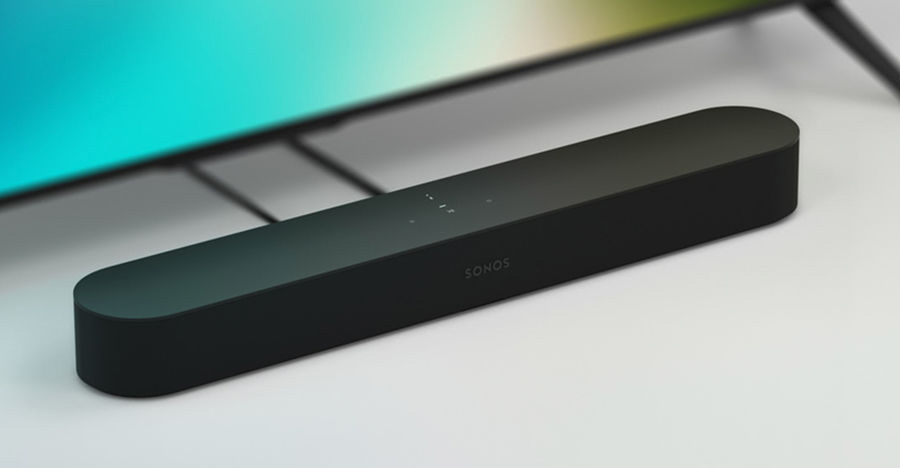 Sonos, a company that’s made its name with excellent but pricey wireless speakers, just unveiled the device it thinks is going to kill the HomePod and Google Home. Most surprisingly, it’s not really a smart speaker in the sense we’ve come to expect. It’s a compact sound bar, designed to sit right below your TV and be part TV speaker, part living-room audio system, and part smart assistant.

It’s called the Beam, and at $399, it’s a tough sell in a market where you can get an Echo for your kitchen for $99, or Apple’s HomePod for $349. But looking at the design and Sonos’s claims for sound and compatibility, the case for picking the Beam is surprisingly strong.

The biggest difference between the Beam and its competitors is the form factor. Whereas other smart speakers are designed to sit on a (protected!) coffee table or countertop, the Beam sits below your TV, in theory blending in with your existing TV setup without adding to the clutter. It’s 26 inches wide, much shorter than most other sound bars on the market, but also notably deeper. It looks more at home sitting in the void between your TV’s legs and whatever console it’s sitting on, but the Beam can also be mounted to the wall below your TV.

Before you ever connect it to your TV, the Beam works exactly like other Sonos speakers. You can stream music to it from virtually any mobile device using the Sonos app, with any music service as the source, rather than being limited to one particular service (cough, Apple Music). It will also support Apple’s just-announced AirPlay 2, so you can stream to it from iOS or macOS devices, or group it with other AirPlay 2 speakers as part of a bigger multi-room audio system. In this sense, the Sonos Beam works exactly like any other wireless speaker, but with the advantage that it’s not taking up extra room in your living room or kitchen. Of course, if your TV is in a different room to where you mostly want to play music, this is going to be a non-starter.

The TV interface is obviously also a bigger part of the Beam’s design that other smart home speakers. Although you can use a HomePod as the audio output from an , the feature seems like an afterthought. For the Beam, TV control is baked into its DNA. There’s a single HDMI port on the back of the speaker, and you use an included Sonos HDMI cable to connect the Beam to your TV. Provided that your TV supports a standard called HDMI-ARC (audio return channel, which has been in the HDMI spec since 2009), the Beam will take the audio from your TV and play it through its own speakers, in effect working exactly like your TV’s built-in speakers. Normally, it works the other way around: You plug your cable box, Chromecast etc into your sound bar, and then the sound bar passes audio and video through to the TV. Sonos’s approach should hopefully limit the mess of wires necessary, and also limit the complication of setup. The Beam uses your TV’s own remote to work, so really, you’re adding one external speaker to the system, rather than re-wiring an existing home theater system.

The Beam also supports Amazon Alexa, and will hopefully also work with the Google Assistant via a software update in a few months. You can use Alexa in all the usual ways to check the weather and control your smart home, but Sonos says it will also work to control your music, turn the TV on and off, and change volume.

The Verge and Wired got a sneak preview of the Beam, including the chance to test the all-important sound quality. “Mainly, I’ll say that Sonos is not creating very opinionated sound here,” said The Verge‘s Dieter Bohn. “It doesn’t do some of the very impressive, real-time audio mixing that the HomePod can. But it nevertheless filled a moderately sized room without issue.”

Wired thought the same thing, writing “It’s hard to make an in-depth judgement after just a few minutes of listening, but to the average ear, I think the Sonos Beam will sound fantastic. Audiophiles may pick up on the diminutive speaker’s subtle lack of bass, despite it having four full-range woofers and three passive radiators. But it still sounds great despite the small size.”