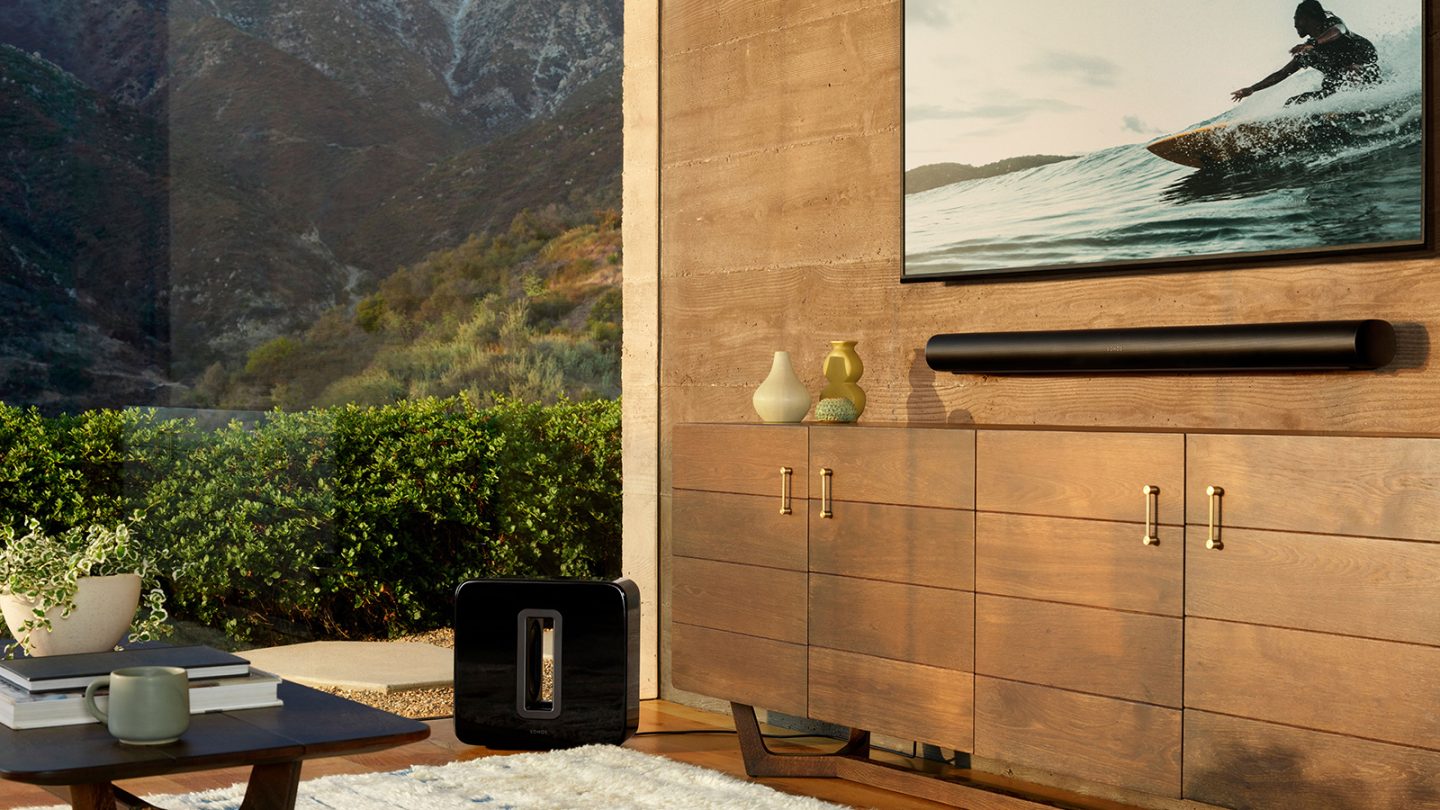 It’s rare that a pioneer in any particular space continues to be a leader even after competition floods the market. This is especially true when much of the competition comes from massive consumer electronics giants like Apple and Amazon. That is exactly what Sonos has managed to do, however, and the company on Tuesday unveiled three new speakers that will be released next month on June 10th.

The star of the show in the new announcement is the Sonos Arc, which is a complete reimagining of Sonos’s Playbar soundbar. Visually, the Arc builds upon the design of the more compact Sonos Beam and is far sleeker than the two-tone Playbar soundbar and Playbase sound base it replaces. Inside, however, the new Arc soundbar is an entirely different beast.

Sonos’s new Arc soundbar features a whopping 11 different drivers in a single enclosure. That enclosure is 10 inches wider than the Playbar, for a total width of 44 inches. It’s designed to complement larger 65+ inch televisions that have become popular in recent years, and it delivers an ultrawide sound stage that Sonos says is unrivaled among competitive soundbars.

The Arc’s 11 individual drivers include two up-firing speakers that help expand the soundstage, especially alongside Dolby Atmos support. The Arc also featured updated Trueplay tuning technology that accounts not just for walls and objects around the soundbar, but also the ceiling and any beams or chandeliers above it. Other new features include Night Sound to automatically adjust for sudden loud sounds like explosions in movies, and a feature that senses when the Arc is mounted on a wall and adjusts frequency response to eliminate unwanted bass resonance.

In addition to the new Arc soundbar, Sonos also announced updates to two of its current speakers. The Sonos Sub (Gen 3) is housed in the same enclosure as the second-generation model, but it has more memory, a faster processor, and a stronger Wi-Fi radio. The Sonos Play:5 is also being replaced by a 3rd-generation model rebranded as the Sonos Five. It has similar internal upgrades to the Sub — more memory and a faster processor — plus some minor design changes. The most notable update is on the white version, which now has a matching white grille on the front instead of the black one on the current Play:5.

Finally, Sonos announced a big overhaul of its mobile app on iOS and Android. The new Sonos app will new replace the current one, which will continue to be supported because some of Sonos’s oldest speakers aren’t compatible with the S2 app. The new app sports a big UI design overhaul and it supports higher resolution audio as well as some other new features. Best of all, users who install the new app won’t need to do anything as far as setting it up because all favorites and settings will transfer automatically from the current Sonos app.