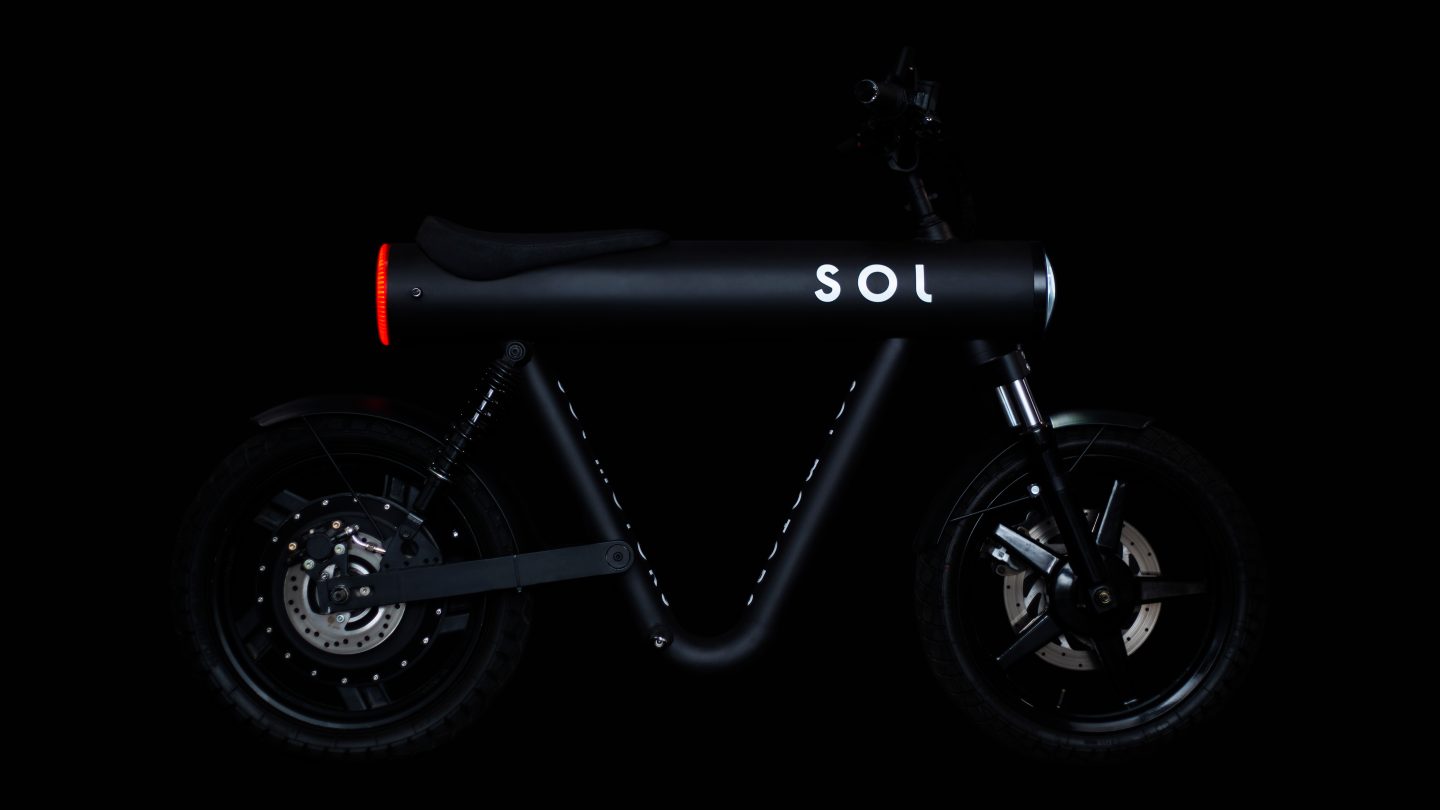 The design of vehicles like cars and cycles has historically been limited by the fact that you have to cram a gas-burning engine somewhere inside of them. The recent push for efficient electric power has really opened up the doors for designers to do some wild things with their vehicles, and SOL Motors just unveiled a new electric bike that looks downright alien.

Called the Pocket Rocket, the bike features a cylindrical body and almost perfectly symmetrical tube frame. It’s looks utterly strange but familiar at the same time, and it’s got plenty of power to push its rider.

According to SOL Motors the vehicle isn’t an e-bike because “it’s too fast” and it’s not a moped because “it has no pedals.” So what is it? Well, SOL has taken the unusual step of declaring that it’s the first in a totally new class of vehicles that it calls “nopeds.”

The vehicle’s cigar-shaped body makes lighting a pretty simple affair, with an array of LED lights in the front and a large circular red brake light in the rear. The bike has a trio of driving modes which include eco, sport, and (humorously) a wheelie mode.

While riding, the bike uses regenerative braking to replenish its power reserves, but you’ll obviously still need to charge it. For that, the removable battery can be plugged into any normal wall outlet, according to SOL.